It’s March. Is it too soon to be talking about Christmas?

It’s easy to see why people might get confused about what they’re buying if they’re not on the internet often enough to tell an ad from a shop. These fake D&D advent calendars were often sold to well-meaning people buying them for geeky friends, and that’s a shame.

There’s reason to believe that 2022 will be a little better. Forbidden Planet, Amazon and others are now listing an officially licensed D&D gift calendar.

Will I ever get a D&D advent calendar?

And there might be two similar but different sets!

Forbidden Planet says the gift calendar is by Titan Books, that’s the same publisher who today announced a deal with Free League.

Collect dozens of little treasures inspired by the Forgotten Realms in this official Dungeons & Dragons countdown calendar.
Your party may have all the weapons they need, but this engaging gift calendar is filled with dozens of items you’d never think to bring on a quest.
With mini books, stationery, buttons, tech accessories, and more, you can celebrate your love for the game with this countdown calendar featuring a monstrous assortment of presents!

Celebrated for its unwavering dedication to quality, Insight Editions is a publisher of innovative books, journals, and collectibles that push the boundaries of creativity, design, and production. Through its acclaimed film, television, and gaming program, Insight strives to produce unique books and products that provide new ways to engage with fan-favorite characters and stories. Under the program, Insight has published books covering the worlds of Star Wars, Game of Thrones, The Walking Dead, Destiny, Assassin’s Creed, Halo, Diablo, World of Warcraft, and the Harry Potter films, among many others. Insight’s award-winning art, photography, and sports titles celebrate the artistry and legacy of a wide range of subjects that include John Lennon, Kurt Cobain, Johnny Cash, and The Rolling Stones.

By combining rich subject matter, striking visuals, and exclusive content with imaginative design and production, Insight Editions strives to create unique keepsakes that celebrate the best in pop culture and make one-of-a-kind gifts for fans of all ages.

The calendars are available to be pre-ordered, likely to sell out and become available in September.

Geek Native has confirmed with Titan that they, at least, have a D&D calendar. 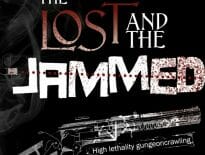 Tabletop & RPGs SoulMuppet eschew Kickstarter and fund The Lost an… 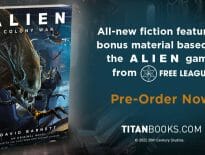