You are here: Home / Games / Tabletop & RPGs / Free to Download demo: The Roman legions and dragons of Carovea Victor

A successful Kickstarter, back by over 200 gamers, brought Carovea Victor to life. The 5e-powered game is inspired by the Roman Empire and blends in high fantasy.

The result is a setting where the Caroeaven Empire is an imperial might that stretches across large chunks of the known world. Legionaries march, have vast borders and fight under the dragon banner. There are gladiators, politics and vast wealth. But there are many enemies too, humans, monsters and others.

The demo has a good look at the lore on the Carovean Empire and the Realms of Armyr. There’s the Honorem et Gloriam adventure in the demo to help quickly bring the game to life or get your players involved.

The 5e system, the same 5e that D&D uses, gets 14 human ethnicities with the demo and one new playable race.

There are 17 new class archetypes and 2 whole new classes, along with NPCs, new weapons, armour and magic items in keeping with the setting.

Carovea Victor is a sourcebook for the world’s greatest roleplaying game which offers you the means to tell stories and play games in a world inspired by the Roman Empire era. In Carovea Victor, we tell you about the Realms of Armyr, an epic-fantasy sword&sorcery setting, which has huge similarities with the Greco-Roman world and the Carovean Empire, a great power dominating large portions of the known realms, just like the Roman Empire did…

In this world, legionaries of the Carovean Empire march to battle against numerous enemies on all sides. They defend the vast borders of the empire against barbarians and conquer new territories, fighting under the proud dragon banner of their legions. Gladiators salute the emperor and people in the arena before the games begin; the crowd cheers with fascination as their gladius cuts wounds on their opponent and blood scatters on the sands of the arena.

Shrewd senators and corrupted patricians make secret plans behind the pillars of the senate, arguing how to influence the emperor and if they can’t, how to remove him from the throne. Bribes are offered to the praetorian guards, asking for them not to interfere when a group of senators shall meet the emperor with hidden blades on them. Only a handful of honest nobles and senators strive to defend the rights of the common folk but their efforts are nearly always overshadowed.

Free to Download demo: The Roman legions and dragons of Carovea Victor 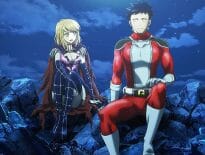 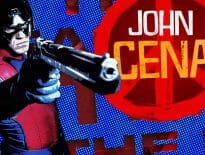