You are here: Home / Games / Tabletop & RPGs / SoulMuppet eschew Kickstarter and fund The Lost and the Jammed RPG directly

Zachary Cox and Matt Sander’s SoulMuppet Publishing, the games company behind Best Left Buried and Orbital Blues, will now publish The Lost and the Jammed.

Some might say unsuccessfully, Kickstarter works hard to separate itself from retail and pre-orders. On that crowdfunding platform, you’re supported to be backing the project and connected to that, the project operators might have agreed to send you some rewards. On Kickstarter, you have to tick a box to acknowledge you’ve not pre-ordered anything.

That line is removed by SoulMuppet and this approach. You’re straight-up putting in a pre-order for an RPG that’s not real yet. If anything on the page said what would happen if you pre-ordered and the campaign failed, then it’s not there now.

The Lost and the Jammed costs £7.50, and shipping is added later, allowing you to add other items from SoulMuppet’s inventory if you want.

The game is a three stat and deadly dungeon crawl. Authors Tom Mecredy and Zachary Cox promise to fill the world with strange and esoteric firearms, with wandering gunslinger-mystics taking on high-calibre monsters.

The Lost and the Jammed riffs on Warhammer and other dark fantasies like The Witcher but then twists in the “gunpowder gonzo” of Enter the Gungeon.

Players step into the waterlogged boots of the Flotsam, mercenaries and adventurers drawn to the Blighted Lands by the promise of plunder. When the Old Kingdom’s mancers unleashed the cataclysm that broke the world, they left devastation in their wake. The Blighted Lands are all that remain, the last bastion of humanity clinging to survival in the skeletal remains of the Old Kingdom.

You’ll explore abandoned gun foundries, dilapidated war machines, and isolated settlements, encountering infernal demons, grotesque aberrations, and chanting cultists. Uncover the science and magic of the Old Kingdom and bend it to your will, helping humanity cling on in the face of utter annihilation.

Perplexing Ruins, an illustrator and game designer from America, is also involved, and there are samples of art in this post. However, the cover shown is a temporary design by Chris Bissette and SoulMuppet say they might change this. 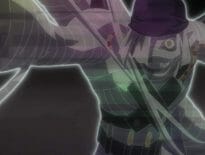 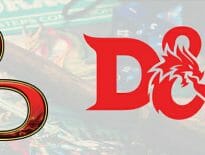