You are here: Home / Geek Stuff / Hasbro urged to give Wizards of the Coast its independence

Who cares? Alta Fox Capital owns a chunk of Hasbro, currently worth around $325 million, and that’s enough for them to nominate five new directors for the board and demand the “brand blueprint” strategy is dropped.

The brand blueprint strategy is one in which Hasbro builds stories and then sells toys, games and the like on the back of the story’s popularity. It’s one of the reasons for the unfortunately timed pre-pandemic purchase of the Entertainment One (eOne).

Hasbro is taking the demands of Alta Fox Capital with appropriate seriousness. According to CNBC, Hasbro has already met with Alta Fox and will review the firm’s nominees for new directors.

Alta Fox concedes that Hasbro is currently doing well but expects that to decline. They’re not alone; as reported by Geek Native last year, leading analysis agencies are also negative on Hasbro’s outlook.

Hasbro lost the Disney Princess business to Mattel, and investors are wondering “what next?” for properties like G.I. Joe, Transformers, Power Rangers and My Little Pony?

There are tabletop RPGs for these titles, but it’s not Wizards of the Coast at the helm; it’s Renegade Game Studios. Initial plans to use 5e for these titles were dumped and in favour of the Essence 20 system.

The activist investor, who demands changes, letter to Hasbro argues that shareholders will benefit. Wall Street Journal calls the situation a “Proxy Fight”. The activists argue that a Wizards of the Coast spin-off will increase Hasbro’s share value by $100.

The term “spin-off” is important in Alta Fox’s demands as it has a specific meaning in investment.

A spinout company is either sold or has shares distributed to create a new independent company. In other words, if Hasbro does what Alta Fox demands, they may sell Wizards of the Coast or keep them.

It is, after all, a time in which games companies – and Wizards of the Coast make computer games too – are being bought for big bucks. Microsoft will pay nearly $70bn for Activision Blizzard if the deal goes through, the Embracer group bought Asmodee for $3bn and Dark Horse while Sony recently bought Bungie.

Hasbro urged to give Wizards of the Coast its independence 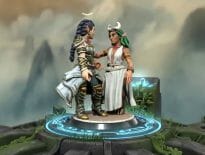 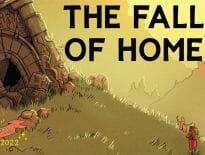