“I can’t express the excitement I feel as Dark Horse moves into this new chapter in our history. The synergies that exist with the Embracer network of companies promises exciting new opportunities not only for Dark Horse, but also for the creators and companies we work with. I’ve had a number of compelling conversations with Embracer CEO Lars Wingefors and I’m very impressed with him and what he and his team have built. I have to say, the future for our company has never looked brighter,”

The acquisition follows the news of Embracer buying gaming giant Asmodee for $3.1bn.

It’s the top of the iceberg. Also today, Embracer has bought Perfect World Entertainment, including the developer Cryptic Studio.

There’s more. DIGIC is an animation studio with experience on projects like Netflix’s “Love, Death and Robots”. Embracer has bought them.

The game studio Shiver has well.

We’ve seen a new gaming giant created today. These acquisitions are being slotted into the Embracer Group’s structure, Dark Horse being the 10th column, but there’s certainly the feeling of a master plan kicking it up a notch. 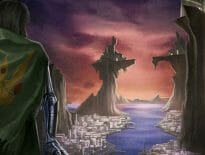 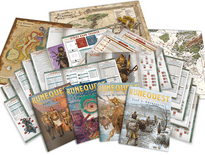