You are here: Home / Games / Tabletop & RPGs / Hasbro approve the release of the Essence 20 RPG system

Wizards of the Coast have a new RPG system in the ecosystem to be mindful of, and it’s connected to their parent company Hasbro.

Hasbro signed Renegade to produce the Power Rangers RPG, the G.I. Joe RPG and the Transformers RPG. They’re the games that’ll use the d20-based system, Essence 20.

At RenegadeCon Virtual Special Edition this weekend, we’ll earn more about it. In the meantime, Senior RPG Producer Elisa Teague talked to Forbes about it.

The Essence20 Roleplaying System is a d20 based system that uses what I call a ‘fashion plate’ system for character design. Drawing from three aspects: what type of person are they, what is their function as part of the team, and what experiences have they had in their life prior to becoming a hero?”

Those three aspects are;

Already we can see this is different from D&D’s 5e system.

When rolling Skills Tests and Attack Rolls, a player will always roll a d20 plus the applicable die for the type of roll they are making, resulting in a total that must exceed the Skill Test’s Difficulty in order to succeed. Essence20 also includes a ladder mechanic, where if a character has specialized in a particular Skill, they may roll their Skill Die plus every other die type under it, choosing the highest die result to add to their d20 roll. A critical success is made when any Skill Die shows its highest number, giving a huge chance of rolling crits, mathematically, and of course, then being able to roleplay those epic results in the most heroic way possible!

The Essence20 system also gives Renegade room and scope to craft a system as well suited to the worlds of G.I. Joe, Transformers and Power Rangers than the high fantasy of D&D.

Update: 27 August 2021 The original article had the title “Hasbro release Essence20 as an RPG system to rival D&D’s 5e” but was changed to remove debate around the role of Hasbro and Essence 20. A follow-up article to dig into the relationship is planned.

I will be excited to try the GI Joe rpg. How many supplements will be offered along with the core game books?

Supplements and supporting books is one of the questions I hope to put to Renegade. I’ll let you know here if I get an answer.

Hasbro approve the release of the Essence 20 RPG system 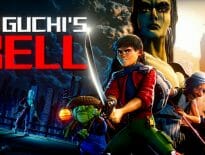 Online Shows Foolish samurai warrior (or brave one!) – No… 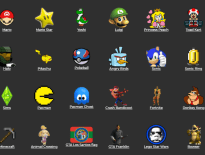