The respected Dragonlance fan site The Dragonlance Nexus has shared chapter one of the free Champions of Kyrnn.

Champions of Kyrnn is a D&D 5e adventure based on the 1990s gold box game of the same name. You can actually buy the Dungeons & Dragons: Kyrnn Series on GOG. It gets an almost perfect 5/5 star review, even after all this time.

Here’s how GOG describes it;

The War of the Lance is over, but Evil is a BAD loser… With the Dragonarmies defeated and the lands to the east reconquered, the forces of good have withdrawn and settled down to a well-earned rest.

Evil forces, however, never rest and have been quietly plotting a cataclysmic return to power! Their goal: nothing short of establishing the Dark Queen, Takhisis, as undisputed ruler of Krynn! Guide your party of characters through a dark web of intrigue and combat, where dragons, draconians and other unspeakable monstrosities dwell.

Go with a brave heart – for you and your heroic adventurers are all that stand in the way of evil tyranny.

Chuck Martinell of Dragonlance Nexus spent hundreds of hours working on the D&D 5e adaptation from old computer game to contemporary tabletop experience. Locations, NPCs, and story are intact from the original; they have been expanded.

Chapter two is near, and it’s in the final stage. Chapter three is not as far along, being outlined for playtesting.

The PDF looks great. It’s full colour and comes with grid maps, stat blocks and all the features you would expect for a paid-for DMsGuild download.

Those turn-based games captured the pacing of pen-and-paper even better than real-time games like Baldur’s Gate. Makes a good argument for gaming without battlemats. 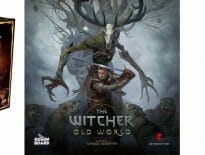 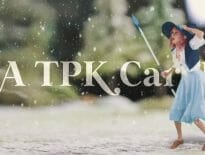