Publisher of the TinyD6 system, Cold Shadows, Zorro and others Gallant Knight Games has launched GallantFunding as an alternative to Kickstarter or Itchfunding.

Why? The publisher says;

As Gallant Knight Games grows, we’re attempting to find better solutions to help our small business and the publishing partners we work with. A lack of transparency, as well as creative control on other crowdfunding platforms has caused friction and concern, and this is one of our attempts to find a solution.

Gallant Knight does not mention Kickstarter’s planned embrace of Blockchain and, most likely, related technologies such as cryptocurrency. That is the crowdfunding’s apparent intent and it has created a backlash.

Itchfunding is different. On Itch customers buy the product as is, the publisher uses money from those sales to upgrade, improve and revise the product, giving the upgrade away to all previous buyers each time.

GallantFunding is in the early days and, by admission, all manual. It’s a straightforward “buy now – get later” proposition. Fans are asked to pay upfront for games that aren’t yet real but will be if there’s enough demand. If that demand does not appear, then Gallant Knight refunds the money to those people who pre-paid.

It feels like an option an ambitious, nimble and popular indie like Gallant Knight could do, but certainly not viable for many others in the space.

Gallant Knight is based in the US, and that’s where all the printing happens, so buyers face international shipping costs until the publisher finds an alternative. The studio is doing just that.

Kickstarter was a staple for Gallant Knight, with two dozen campaigns under their belt and many more through Alan Bahr, the founder.

There’s no suggestion that Gallant Knight will stop using Kickstarter. That may be on the cards, though. In the meantime, the publisher is clear about the learning curve, noting;

GallantFunding is a new process, with new concerns, issues, and problems we haven’t anticipated yet, that will crop up to surprise us. However, we’re committed to dealing with them. 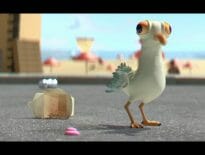 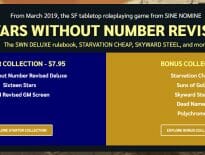