You are here: Home / Geek Stuff / Interviews / Why it’s time to move away from Kickstarter: An interview with Gallant Knight Games’ Alan Bahr on GallantFunding

Earlier this week, Gallant Knight Games, the publisher of systems like TinyD6 and games like Cold Shadows and Zorro announced GallantFunding.

At its heart, GallantFunding appeared to be a way to do Kickstarter but without Kickstarter. It’s in the early stages, managed through the Gallant Knight Store, and questions like “Is this like a pre-order?” felt natural.

If someone’s read your announcement but still doesn’t get what you’re doing, how would you describe GallantFunding to them?

It’s a pre-order system that leverages all the fun elements of crowdfunding but streamlines the process by combining the crowdfunding, pledge manager and after-market sales into one process and platform.

So, it’s not pre-orders?

Well, for the last several GKG Kickstarters, we’ve had the product ready to go other than printing. Our hope is to be able to treat GallantFunding as the same (i.e., all set, so we just need to print and ship.)

When we were funding products in that sense, it was no different than a pre-order. We just had the fun Kickstarter marketing. We weren’t even doing stretch goals, just trying to get the books out. So looking at it, it makes sense to create a pre-order system that has all the crowdfunding fun (stretch goals if we want them, the cool progress bar, etc.) but is a little more honest and transparent, and benefited the GKG family more.

I mean, for years, one of the big criticisms of the Kickstarter space is that companies often use it as a pre-order system. I have never felt GKG did, but in a sense, our goal is to try to bridge pre-orders with the good parts of crowdfunding.

Why are you doing this?

We’re always trying to improve, find the next step for GKG, and do the best thing for our customers and fans, as well as the creatives we work with, and we feel this is that next best step. We’ve been working on this for over a year.

If you could sell on Itch.io, would you use Itchfunding?

Nope. We’ve tried a similar method on DTRPG (Carrion Lands was released that way, and it’ll get finished this year), and that method just doesn’t work well with our production style. I tend to want to get a product as finished as possible, rather than work in a “living public development” space.

I totally get why Itchfunding works for creatives. It just doesn’t work for GKG and me.

One of the benefits you mention is being flexible as a publisher with GallantFunding but do customers not want confidence that there won’t be changes to the proposed deal?

Just like Kickstarter, things on these sorts of projects can (and I’m sure, will) change. Freelancers might have to drop from project, artists get sick or can’t fulfill commitments, paper is scarce so prints are behind. No pre-order system is perfect, but our last several Kickstarters have been brought to the table nearly complete (other than printing). Our intent is to do that with GallantFunding as much as possible and to bring as finished a book as we reasonably can to GallantFunding. And just like Kickstarter, we’ll communicate any changes that come up.

When I mention being flexible, we mean things like “We’re able to lower the funding goal, as we got a better print deal” or “We need less copies to fund” or “We’re moving from currency goal (a total amount raised) to a quantity goal (a total amount sold)”, not materially changing the product.

Will Barrel Rider Games, Old Skull Publishing, Moebius Adventures, Christopher Grey Games and other publishers in the Gallant Knight store be part of the program?

If they want to be! We’re actually starting with an Old Skull product that’s ready to go, and Barrel Rider Games has expressed interest in using the platform. We’re still learning to get our feet under us, so we’ll see how it goes.

How concerned or frustrated are you with Kickstarter?

Kickstarter has been instrumental in Gallant Knight Games. There’d be no GKG without Kickstarter. But Kickstarter has become difficult to use in some ways. There’s a lack of transparency around rules and decisions that’s proven frustrating as well as a business hinderance, and the lack of management tools for community has been problematic at times.

I wouldn’t say we’re concerned or frustrated with Kickstarter (online platforms are often just “what they are”), but even back in 2016 when I started GKG, we had talked about our ultimate goal being to get off of the Kickstarter platform and into a more self-contained and controlled system. This is just the next step in that.

Will you use Kickstarter again?

At this point, we’re hoping GallantFunding will fulfil our needs in this space.

Are you worried about losing the “discoverability” of being on Kickstarter brings, especially for projects doing well?

Absolutely. This is a risk for a small company like ours, and we’ve been working hard to get have a strong marketing strategy to maintain discoverability, but it’s going to be a battle. We’re well aware that the initial projects will likely not appear as “successful” as our larger Kickstarters and that we have to build this up over time.

Is GallantKnight Funding getting into finance agreements between Gallant Knight Games and customers, new regulations therefore and a whole new world of complexity for you?

Not really. It’s no different than any pre-order system in that regard. Our TOS will get a minor update in a few places (commitment and clarity around refunds in the case of non-delivery, details about various pieces), but it’s pretty standard stuff.

Any progress with European printing and shipping options?

Yes (at least for the EU). Though we’re not ready to make a public announcement on the solution. We’re still working out the technical aspects.

Our first Project is War of the Magi, for Diogo Nogueria’s Dark Streets & Darker Secrets. We intend to do at least half a dozen this year if it works out (Carrion Lands, some licensed products, upcoming TinyD6.) One of the benefits is we can run campaigns at the same time to offer a wider spread of products to available customers. If Diogo’s OSR work is what you want, we can offer that while running a TinyD6 campaign and you can just get one (or both) if that’s what you want.

This is exciting! And I won’t have to be hassled dealing with Kickstarter’s sketchy crypto plans.

Why it’s time to move away from Kickstarter: An interview with Gallant Knight Games’ Alan Bahr on GallantFunding 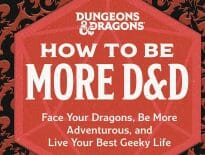 Books The adjective brand: “How to Be More D&… 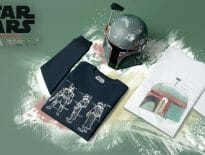