You are here: Home / Books / Chronicles of the Monkey God: Me and the Monkey review

Andy Darby is the former frontman of several metal bands, has been a competing bodybuilder and now freelances in motion graphic design. He also runs the blog Chronicles of the Monkey God at MeAndTheMonkey.co.uk.

That blog and its frequent updates of the Chaos that The Monkey causes is so popular, so funny, that it has a book deal, a hardback, and you can buy it from Amazon or any bookshop that’s not Amazon such as Blackwells.

I’ve got a copy, a reviewer’s perk, and I liked it.

I suspect that puts me into one of two tribes. Just like concentrated yeast extract, a by-product of the beer brewing process, and put into little black tubs with yellow lids before it’s spread on toast, I think people will either love or hate the blog-book. Oh sure, there will be a spectrum of appreciation, but the vast majority of readers will gravitate either deep into the “Go Monkey!” side or the “Urg, what is this rubbish?” side.

There’s something charismatic about the poo-filling Monkey’s vileness that works. I suspect it’s how The Monkey might just be a reflection of our inner selves. I also guess I might have come up with that Marmite analogy while pondering the mess created by the poo-filling Monkey and the frequent temper tantrums. Have you ever had to clean up after a dropped Marmite breakfast disaster?

I don’t think it’s inappropriate to describe “Me and The Monkey” as The Laundry Files meets Fight Club.

The Laundry Files begins with a guy who finds out life isn’t as simple as he would like it to be and ends up with him battling tentacled mythos horrors from beyond the void. One of the first things The Monkey does is create a hole in the carpet, a black hole, through which things from the other side try and escape. At least, though, it’s a source of food.

Yes, I think so. I know, I’m going out on a limb, but my hunch is if you’ve read past the poo-flinging and the Marmite references, then you’re still in the game.

If you’re still here, then there’s a load of geek culture, British pop culture and social commentary to look forward to. The “Me” in Me and The Monkey could be you, or you might be The Monkey restrained.

Are you proudly not mainstream? The Monkey speaks to you.

It’s a blog. That means many small chapters, each chapter being a day, and as a rule, there’s generally less than a page of text to read. Sometimes it’s just a few lines.

I really needed that light-touch from a read-at-night book. I’ve many plates spinning on stressful poles right now, and knowing that the blue light from smartphones and TVs does not help with sleep, I needed a traditional book for bed. The large font, the small paragraphs, the big shapes and larger than life drama were prescribed.

It’s never a chore to read “just one more day” while following the Chronicles of the Monkey God, and so I did. The book didn’t take as long to read as I thought it would, as a result, but it meant I could read until that exact moment I felt ready to put the book aside. I never had to push on to the end of the chapter.

Even flashbacks to The Monkey’s former life as a member of the special forces on operations in Nam snuggled perfectly in.

While I think books like Me and The Monkey should be supported entirely by the cleverness of the writing and how it engages, the illustrations in this tome were a big incentive for me to give it a read.

We’re sticking with big and bold as a theme here. Me and The Monkey isn’t an illustrated book where those illustrations turn out to be little doodles here and there. Every cluster of pages or so, you’ll get a bright splash of half-page colour. Reds, yellows and monkey brown.

These are “Notice Me!” illustrations, and that’s a sentiment straight out of The Monkey’s heart, I suspect. You don’t have to take my word for it either; you can see these on the blog.

I predicted that Andy Darby’s Me and The Monkey would divide people; love or hate, and I stand by that.

I also tend to put books into the camps of “Buy for yourself” or “Buy for as a gift for someone else”. Me and The Monkey crosses that divide as I think it qualifies for both.

My godson, or his elder brother, are now candidates for Monkey gifts. Neither have much to do with the son of a WW2 Commando who grew up in 70s Birmingham, like Darby, but I think both will appreciate Monkey chaos, and both might take something away from the blog-book. And they’re not getting my copy.

My only regret? I think this would be much better read via a blog, so you can anticipate the next entry. These entries foreshadow and link. Darby (and The Monkey) brew Chaos, and you can see it coming. As it happens, I’ll use this hardback as a catch-up and see life calms down enough to let me add some more blog reading to my routines.

Disclaimer: My copy of “Me and The Monkey” was provided free to review. It’s published by Bad Press Ink. 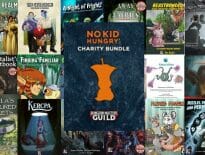 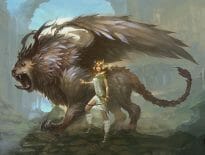