After a very successful Kickstarter, one that funded in 7 minutes, Free League Publishing and their partners GDW and Amargosa Press are taking pre-orders on Twilight: 2000.

The core rules include a 152-page Player’s Manual that provides travel and base-building systems, a 112-page Referee’s Manual with 53 scenarios and a double-sided impressively large (864x558mm) hex travel map.

Fans will be pleased to see that the Swedish publisher’s formidable art is available as merch via Redbubble and that the first edition of Twlight: 2000 is now on DriveThruRPG. 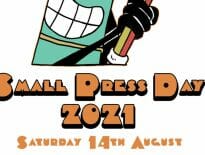