You are here: Home / Games / Tabletop & RPGs / Twilight: 2000 version 1 available at DriveThruRPG (and on sale)

Frank Chadwick’s Twilight: 2000 version 1 was added to DriveThruRPG late in May.

The roleplaying game of military survival skills in a post-nuclear winter is also part of the Post-Apocalypse sale which means it’s $9.99, rather than $29.99.

Published first in 1984, the RPG is set after the Twilight War, in which NATO and the United States battled the Soviet Union and Warsaw Pact in a lengthy, brutal but conventional war. Until things went nuclear.

The game is typically set in Central Europe, and this version, a new scan of the Reprint Edition, includes four Poland Adventures and the Core Rules (v1).

There are have been several editions of the game. Most recently, Free League Publishing led a group of allied publishers to Kickstart the fourth edition. The project funded in 7 minutes and raised SEK 5,424,755, which is about half a million Pounds.

Twilight: 2000 v1 introduced combat rules where one general resolution system covered all types of combat, from hand-to-hand to guns to fire against vehicles.

Game Designers’ Workshop, who have published the scan, note;

Game charts are in a seperate chart booklet, and are arranged so that each two-page spread of charts contains all the information needed to referee one aspect of the the game (travel, encounters, personal combat, vehicle combat, etc.) so there is no flipping back and forth searching for the correct chart during play. from the referee’s point of view, it is a very user friendly game.

Twilight: 2000 version 1 available at DriveThruRPG (and on sale) 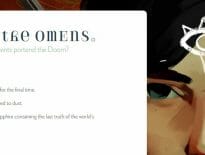 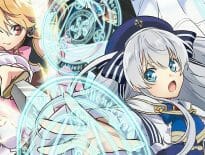