We’ve been discussing safety for a while now, and while it pains me to say it, it is likely that at some point, there will be a moment when a game goes somewhere you didn’t expect, or you make a mistake about safety.

If you play with enough people and over a long enough time, the odds of every session going without some kind of hiccup lessen. While it would be nice to believe this isn’t the case, assuming it will never happen is maybe more dangerous.

But, worry not. Making a mistake doesn’t make you a bad human being; we are all imperfect.

The important thing here is to be ready and have a playbook for when things do go wrong.

So let’s walk together down a few procedures that we can do to sort them out. That way, you’ll have a framework.

To talk about what happens when something goes wrong, we need to break these things down into a few different types of problems that arise because they manifest differently and require different strategies.

Hidden Problem: You spot a player who looks upset but won’t say why. You may/may not have an idea of why.
Reactive Problem: Player comes to you with a concern.
Immediate Problem: The game touches on an area you forgot is a trigger button/forbidden topic or goes there by accident.
Player Problem: Player is acting in a way that pushes the buttons of others, makes others unsafe with an actions.
Clash Problem: Two players don’t fit, and conflict between playstyles is starting to make them forget to treat each other with respect.

Now we have these categories, we can break them down a little

Some players forget there’s an x-card. Some players don’t want to be a trouble. Some players like to make others feel comfortable and forget about themselves. In the long term, this can be damaging.

If you catch a player giving the signs of being unhappy at the table, you need to consider it might be because of what just happened in-game.

Take a moment and study if there’s anything that might have happened/is happening. If it turns out the moment is still ongoing, then get the game moving along from this as quickly as possible off the present situation. Then hand the action and agency to the unhappy player. Their actions will tell you if they were actually uncomfortable most of the time, they will act to rectify the situation to feel safe again, and you should let them.

After the session, you need to drop that player and line and say, ‘I noticed you looked uncomfortable during [this moment]. Was that just me imagining things, or do I need to not do that again?’ if they want to let you know in private, they will.

It’s about creating a discourse where they can tell you. Just remember that if they say there was no problem, it doesn’t mean that you need to jump into going back to the moment at full speed and doing the same again.

This is a short statement, but you need to hear it. If a player comes to you with a concern – always treat it as important.

Never just dismiss it, especially if it is safety-based. Treat it with the seriousness it deserves.

Often what they are looking for is an assurance that you are listening and can help them find a way forward. If the problem is in you, then they have been very brave, and you need to work with them.

Build a framework of solutions with that player that you will work together on. Now, sometimes a player will say something like ‘if this doesn’t change, I might quit’ at this point, you need to work out if the change they are asking for is because there is a resolvable problem, or if it’s that they don’t fit the group.

The important thing is that if the problem can be resolved, try to work with them and genuinely change things, then check in with them that you’ve done what is needed.

But sometimes the group is just wrong for them and the changes they require ask too much or only work for them and nobody else. In this case, the best thing is for them to part ways with the group. If they’ve come to you in the first place, that should be their decision and maybe the best bet is to offer them a game with different friends who share their values.

No doubt some of the advice you have heard above, you might have heard before. I don’t think I have ever heard anyone talk about what to do when it actually goes wrong in the middle of a session in a way you can’t resolve, and it IS your fault. Maybe you described something horrid in the middle of action.

Maybe by accident, the action just ended up somewhere you didn’t expect. The first thing is not to panic. If you realise you are making players uncomfortable, make your description vaguer, streamline the scene and work out an ending to it that happens quickly.

Re-establish your status quo. Back away from the edge. When the action is over, take a moment to take a break and gauge how people are doing.

Admit that the moment got away from you. I recently did a haunted orphanage scene, and for some reason, it didn’t occur to me until I was actually describing the remains that dead children might be a button. I have no idea how that slipped me by, but I could tell on description was over the line.

I transferred away from hard description immediately and worked to get the scene done. When I closed the scene, I asked for a minute myself because I was shaken. This caused the other players to laugh at me and break up the tension. Then we discussed it.

It could be that you need to take a break during the scene if it has gone too far and talk through what might happen.

The important thing here is to act as soon as you can to assess the group and recognise any wrongdoing on your part. Without that, you can’t begin to build trust again.

Sometimes someone else in the group pushes a button or causes another player to feel unsafe.

Hopefully, if this happens, you already have list of topics that people consider off-limits and that conversation is open. The thing here is to make sure that firstly it isn’t personal, and the agreed topics help with that.

Rather than say ‘look you made [Player X] feel uncomfortable and turn it into a back and forth about whether that is fine, you can instead say ‘Look we all agreed that we wouldn’t go near [This Taboo] and you did, that’s a rule breach’ that way you as a GM are enforcing an agreed behaviour ruleset, not causing conflict or calling them out in the same way.

You present them with an opportunity to admit wrongdoing and return to the game. And if someone does that, you need to give them the benefit of the doubt, because often people don’t realise.

A second offence should also be remarked on, preferably in public at the table, as an open warning. Making a repeat offender see that you are prepared to go public can make a massive difference.

If there’s a third offence, it is time for a talk about the player leaving the group.

When two players actually clash due to playstyle and personality, you should not pick sides. If one player is clearly out of line, then use the player advice above. But otherwise, you need to work out if the problem is solvable. And here’s the rub – if it is solvable for the players, not you.

I know it is easy in a clash situation to want to play ‘GM parent’ and resolve the issue yourself, but ultimately, if the players are unwilling to change, then there’s little that you can do.

So council the players to approach each other and discuss. Offer to mediate. Be the neutral party to help them get through it. But if they are unwilling to do that, your group will continue to suffer until someone leaves or changes.

I have learnt this the hard way, that sometimes the people we play with, we shouldn’t. No matter how much we like them. I’ve closed down groups over this issue because I could see that one or both parties refused to come to a compromise.

Protect yourself here. It isn’t always all your responsibility.

I hope that’s given you new perspectives on how to deal with problems arising in your game.

I know it can seem overwhelming when things go sideways, but it is possible to protect everyone. Next time we are gonna move this discussion back into a resource you might not have considered in the game before. 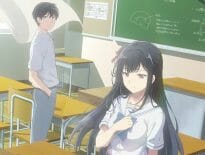 Anime The Detective Is Already Dead already has a traile… 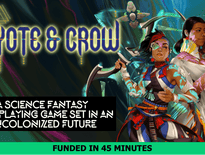