You are here: Home / Games / Tabletop & RPGs / Genre Police: The Resource That Talks

Last week, I was running a DND game over Discord, and one of the players was late by a couple of minutes.

We were waiting and just chatting, and when he arrived, before he said anything, he just yelled ‘Pizza! Did anyone pick pizza?’ and we all fell about laughing. Why? Well, we have a ritual in that we bet on what Pete had for dinner, and if someone gets it, they get inspiration.

Twenty sessions we’ve been doing this, and rarely has anyone guessed right. Also, we have never clarified how poor Pete gets inspiration.

Why is this relevant? Well, I think Pete’s dinner showcases that RPG tables are weird little communities with weird little rituals. On one level, it’s just a running joke, but it also sets up something for the group. It is all of us saying, “Hey, I missed you since the last session, let’s take a moment to have a laugh and do a familiar thing, because we are here to have fun, right?“

I have touched on this before, but think it’s important to restate that I think it’s healthy to treat your table like a community.

In a good community, not only are we all precious to each other, we also all have roles and responsibilities. Have you ever noticed that, in most groups, you eventually end up going to the same person for the recap of the last session. They maybe aren’t the only person who took notes, but they are often the one who doesn’t mind reading theirs out aloud? They’ve kind of inherited a role that most groups need.

There are lots of these roles, both practical and social, within the group and knowing about them and allowing players to cover these bases not only gives them something extra to invest in but also allows you to have someone you know you can rely on to take care of some things for you and smooths the game out.

In short, players are maybe the best hidden resource the Role playing game format has. So what can your players do for you? Let’s take a look at different types of player roles.

We’re going to start with the practical roles, as they are the more clearly defined elements. They tend to be something that is tangible and quantifiable for the game.

The Archivist
The recorder is quite an obvious role and the one we talked about before – they are the player who takes notes and often records an account of the whole session. They don’t mind reading them out at the beginning of the session. They are a really good resource and allow you to take a few minutes to see what the players see as the ongoing story, see which bit gels with your expectations.

It’s important that if this player emerges, you foster them because they will be the one who, ten sessions later, has the relevant plot detail to the mystery you have been spinning written down somewhere. But also make it clear that others can add their own details into the recap, so you get all viewpoint.

Also some players take notes in character, so be aware of that and be prepared to fill in details they missed or clarify some areas.

The Treasurer
At some point in any game with objects, carrying capacities or material wealth, one player will become the person tracking it all.

It’s a really useful player to have around and can really save the GM a headache of asking a question about an item and having players stopping game rhythm and each looking at the character sheets and notes.

Often the way to cultivate this is to hand a storage tool to player you think might be good at it. If they don’t want the trouble, they are likely to hand it to a player who does.

The Artist
Every one of the pictures in this article are designed by players in my groups, either for DnD or vampire.

A good group artist can really help to re-enforce the feel of a game and give allow players to have a portrait of their character, which creates a strong shared vision for the group.

After two players getting really heated when one described another completely wrong and the player being described feeling like they hadn’t even listened to months of description, I know the value of this.

If anyone ever shows you artwork of your game, you should be very flattered but also understand that good art is a very powerful tool for inspiring people to imagine further and promote it at any turn.

The Smith
The Smith is like the artist, except The Smith makes a handleable product. Maybe they are a LARPer with spare time, maybe they have a specific talent like silversmithing or papercraft or mapmaking or mini painting.

Whatever it is, lean in! Base entire adventures around those strengths. A well made prop or feature can really bring people in. Props and costuming give a real sense of reality to the proceedings and can boost immersion.

The Aide
Look, rules are hard. There are a lot of them. If you are running lots of games, they can sometimes become quite difficult to pin down.

It always a good idea to treat any would be rules lawyer type as an ally and bring them on side early, they can be blessing if you lean on them to help you out with specific rulings.

It’s easy to have yourself knocked out of joint by someone citing rules at you, but if you instead ask them to support you, they can be a brilliant backstop in times where you just want to move the plot forward without chasing down a specific rule in three or four rulebooks.

As you can see with the practical roles, the important thing is to be able to recognise in players that expressive talent and adding it to your game in an effective way. They are all resources that are easy to tap into – it just takes letting a player excel at being themselves. But there’s another to players, on that is a little more complicated to talk about. About how personalities work together in space and which of those traits can be useful.

Next time, we’re going to look at how you can use those social roles in order to make your entire game run more smoothly. Also, the thing about Pete’s dinner might become relevant again. Might.

Genre Police: The Resource That Talks 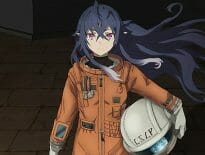 Anime Vampire in Space: Moon, Laika, and the Bloodsuckin… 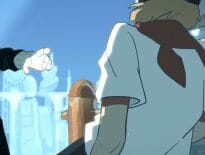