I think it’s been a pretty good year for anime. Netflix doubled the amount of Americans watching anime on their platform.

In part, I think, that was due to the battle between Netflix to sign studios and Crunchyroll doing the same thing and pushing forwards with Crunchyroll Originals.

Crunchyroll Originals had another benefit for Crunchyroll, as I suspect they made the platform more of a brand and not just a competitor in the license auction for Funimation. The result? When AT&T needed to reduce its debt, Sony/Funimation bought Crunchyroll for $1.2bn. They see a rosy future in anime too.

In a twist, though, this collection of anime mini-reviews is a rare one. It contains two “Poor” ratings. That rarely happens as I generally try and watch anime that I think I’ll enjoy!

Crunchyroll released the second half of Onyx Equinox as a festive gift and I’m glad they did. It’s easier to binge than watch piecemeal.

However, it’s a show with a fair few twists and some interesting villains. I enjoyed it.

Samurai 7 recovers from a wobble as we move from the city and get on with saving the farmers from bandits. It’s a noticeable blip too, with the animation quality taking such a dramatic dive I wondered if it was supposed to be a surreal dance scene.

Thankfully, the recovery is strong. If you were wondering how a few people with swords would take on a small army of mechs (even if some of them look like flying bells) then you’ll get a good answer.

Status: Good, with wobbles
Where: Netflix

Gosh, I watched to the end, which also means a second three-episode series. I guess that was needed as a second try? It also failed.

Fate shows are usually masterpieces of crafting characters, people you want to support even though you know only one spirit/mage pair can survive but Fate/EXTRA Last Encore had none of that. Just meaningless fight after fight.

Strangely dull fights too. That might be in part due to the fact we know (or care) little about the heroic spirits, have not seen any of their abilities and can be pretty sure there’s going to be no surprise victory.

What a great show. It’ll keep you guessing and nothing, no one, is sacred.

When the kids explore parts of the orphanage, they shouldn’t be in; I was worried. There was every risk of badness.

Season 2 cannot come quickly enough, and The Promised Neverland easily has a position in my top 5 anime discoveries of 2020.

Sleepy Princess in the Demon Castle

The premise of Sleepy Princess in the Demon Castle is a good one, but I’m dropping the show after three episodes. Why? There’s no sign that the premise will evolve and I get the gag already.

The Demon King kidnaps the princess of a human realm and locks her away in his castle.

First, she befriends some Teddy Bear Demons (which should confirm the target age group for the anime), and they bring her the key to her cell whenever she wants.

Next, she roams the castle looking for items to complete her sleep quests. When she wants a better sheet, she cuts down ghosts and uses their bodies (really) as sheets.

There are too many good shows still to watch to make time for any more sleepy quests.

Which anime have you enjoyed the most this year? 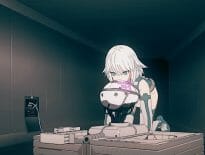 Anime EX-ARM tries again with a second trailer and endin… 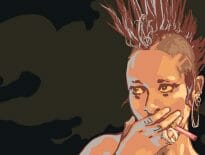 Tabletop & RPGs The Contract: A free supernatural-action TTRPG
wpDiscuzComment Author Info
Manage Cookie Consent
This site uses cookies 🍪, and links are ads that may earn bloggers some money 💰, and with this alert, I very much hope that these dark truths 🧌 are acknowledged.
Manage options Manage services Manage vendors Read more about these purposes
Preferences
{title} {title} {title}
Loading Comments...