You are here: Home / TV / Anime / Angry gods hungry for your blood: Crunchyroll gives the gift of Onyx Equinox binging

Onyx Equinox is a Crunchyroll Original series about an Aztec boy, Izel, who is saved from death by the gods, forced to be humanity’s champion and then thrust on a dangerous quest across ancient Mesoamerica.

On Boxing Day (December 26) you’ll be able to binge-watch the show as, for a gift to fans, Crunchyroll will make the show series available at once.

In the first few weeks, Izel has grown a party of companions and divided viewers. Episode one has a mix of 1 and 5 star reviews. Even Geek Native’s own Irregular Reconnaissance scouts hedged their score before rating the anime as “Good” (up to episode 5).

The problem seems to be that this anime isn’t available in Japanese and for viewers like me, who watch almost all their shows with subtitles, it’s a weird experience. It didn’t seem to be such a problem for Blood of Zeus but the characters there are far older.

It’s a nice idea from Crunchyroll to flick the binge switch and call it a gift. I’m not sure it was planned. The “binge trailer” makes it look as if the idea was driven by fan demand.

However, it might just be the case that Onyx Equinox is a show that works better on binge mode than episodic. It means viewers won’t have to recalibrate to listening to English. We’ll get longer to get used to each character’s voice.

As noted in Geek Native’s anime mini-reviews column, Onyx Equinox does seem to be keeping to its dark tone, although not as brutal as episode one. I’m certainly going to take the chance to watch a few, at least, back to back episodes. 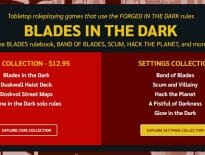 Tabletop & RPGs Blades in the Dark get a Bundle of Holding 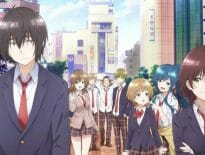