When Crunchyroll shared the news that they had signed Onyx Equinox the headline name was The Powerpuff Girls storyboard artist Sofia Alexander.

The Aztec gods demand their blood sacrifice. A barbaric religion? Well, in Onyx Equinox, when the gods don’t get all the blood, they want they manifest personally and attack a city. It’s enough to give anyone cause to reconsider where they stand on the topic.

The problem the gods face is that there’s a “blood drought”, they’re not getting in enough.

One faction of the gods decides to take action by cutting the realm of the other gods off from humanity. The underworld must go.

It might be tempting to see the underworld gods as the villains after their attack, but I’m not sure I’m fond of the others. By their own admission, they’ve already wiped out humanity four times to start over, and they’re only sealing the underworld away so they can have unchallenged access to the blood sacrifices coming from humanity in the future.

To add a flourish to the hubris of these fictional Aztec gods; two of them will make a bet. One intends to wipe mankind out again, the other bets a lowly human can close the underworld gates before that happens. Hey, and if a mere mortal can do that then perhaps the gods should leave them alone this time.

That’s our cue to meet Izel. The young boy, voiced by Olivia J Brown, is stressed about selling his weaving, getting beaten up for his kindness to strangers and living as a slave with his sister.

He doesn’t seem like much of a champion, though his heart is in the right place, and that makes him the prime candidate for the role, doesn’t it? No surprises, there.

However, with the gods betting their lives on Izel’s performance and ability to seal the underworld away he’s lined up with a series of god-connected supernatural allies. Well, at least one by the end of episode one, but the direction of travel is clearly marked.

The animation on Onyx Equinox is good. Colours are bold, skin-tones are encouragingly dark, the remarkable Aztec architecture looks impressive and the blood-hungry deities scary.

There’s one scene in particular worth watching closely. The gods are holding a conference and have co-opted some human bodies to do so. It’s not a process the humans are going to survive, and we see the gradual decay and transformation of the hosts as it happens.

Onyx Equinox is recorded in English, so there are no subtitles.

As someone who regularly watches anime and with subs, rather than dubs, this can be jarring. I’m struggling with The Idhun Chronicles right now, and part of the reason, I think, is that it’s recorded in Spanish. Without the Japanese reactions that over three decades of watching anime have become a contextualised and prompting experience, some non-Japanese anime-style shows feel weird.

The good news is that Onyx Equinox isn’t too weird. Sofia Alexander lends her own voice to more than one character, and I’ll have to see that play out. The main “still getting used to it” is how feminine Izel sounds. I suspect I’ll overcome it, especially if the plot continues to be as brutal.

But here’s the thing, I’m not sure the plot will be as brutal. Having made the point that the gods are real and will take their blood one way or another, I wonder what path Onyx Equinox will walk?

There’s nothing wrong if this is the story of Izel becoming the champion that humanity needs, but does he get there through angst, RPG-style heroics, or somewhere in-between? It’s too early to tell.

As a result, I enjoyed the first episode of Onyx Equinox and am looking forward to the next. The Irregular Reconnaissance: Anime rule-of-thumb of giving a show at least three episodes before awarding the first official rating seems especially true here. In the next few weeks, we’ll find out whether Onyx Equinox is a good concept or a good story with a good concept.

Onyx Equinox is streaming on Crunchyroll from today. 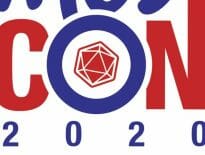 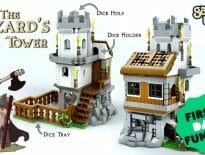