You are here: Home / Geek Stuff / Sites / Crunchyroll will be sold to Funimation

Last night the news broke that AT&T had agreed to sell Crunchyroll to Funimation for $1.175 billion.

Funimation is a joint venture between Sony Pictures Entertainment and Aniplex (which is owned by Sony Music Entertainment). The price tag fits squarely with Geek Native’s napkin maths for the value of the hugely popular anime streaming platform.

AT&T needed the cash while the purchase makes Sony the dominant player in a growing anime industry.

Doubtless, Sony will find some cost savings with the merger – no need to pay two HR departments, two finance departments, etc, and there will be a human cost. However, money will also be saved by Crunchyroll and Funimation not bidding against each other for popular titles to bring to a Western audience.

Competition from Netflix, we must hope, keeps Funimation competitive, and the money studios get for their anime licenses respectful of the time and effort that goes into creating them.

There’s no news yet on what it means for the Crunchyroll brand. There are some differences in perception between the two platforms; Crunchyroll is more likely to stream animes as they air in Japan, and with subtitles, Funimation is more likely to wait and run a dubbed version. I suspect, though, in the long term it makes more sense to consolidate on one platform for costs, to offer customers a greater library and advertisers more video ad views.

We are proud to bring Crunchyroll into the Sony family. Through Funimation and our terrific partners at Aniplex and Sony Music Entertainment Japan, we have a deep understanding of this global artform and are well-positioned to deliver outstanding content to audiences around the world. Together with Crunchyroll, we will create the best possible experience for fans and greater opportunity for creators, producers and publishers in Japan and elsewhere. Funimation has been doing this for over 25 years and we look forward to continuing to leverage the power of creativity and technology to succeed in this rapidly growing segment of entertainment.”

Crunchyroll will be sold to Funimation 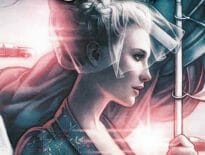 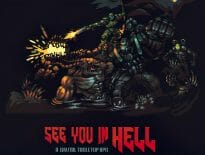