You are here: Home / TV / Anime / Lupin III: The First opening sequence: Tintin meets James Bond as only anime could do

These two English language, Japanese made, clips from Lupin III, are delightful and slightly cheesy. Slice a bus in half with a samurai sword cheesy.

First up is the opening credits sequence from Lupin III and if this doesn’t land somewhere between James Bond and Tintin, then I’m not sure it’ll land at all.

The opening credits give us a teaser as to what the film will be like. As did the trailers back in September which are also in English.

Now we’ve a whole clip from the animation. It’s a car chase, and it is interestingly out of context, and I suggest it lives up to all the promises made so far.

The film has been out in Japan for a year now and has made about 1 billion yen (about $US9m). This year, in June, it competed in the digital Annecy International Animation Film Festival.

The English dub is available digitally and due out on Blu-ray and DVD in January.

Lupin III: The First opening sequence: Tintin meets James Bond as only anime could do 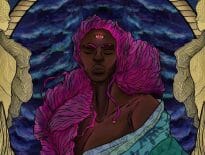 Tabletop & RPGs Homebrew for Equality: The Book of Lost Magicka 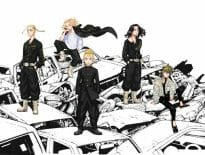