This is Audio EXP for the 28th of November 2020, and the title of this episode is ‘Savage Pathfinder’.

[The following is a transcript of Audio EXP: #72]

I’m referring to the recent news, covered in the previous podcast, that Gale Force Nine has filed court papers against Wizards of the Coast. D&D’s owner seemed to be using tactics to thwart Gale Force Nine that feels similar to the ones used to stop the next trilogy of Dragonlance books.

We hopefully won’t need to begin each Audio EXP podcast with a counter of legal cases against Wizards of the Coast. But I wanted to mention it again, not just because it’s somewhat worrying news, but because I still see the news spark discussion and predictions that D&D 6e is around the corner.

Last week, as you might recall, I stuck my neck out and said I didn’t see D&D 6e becoming a reality for a good few years. At the time I cited just how many forthcoming D&D 5e computer games Hasbro had invested big money into.

Well, I was beginning to doubt myself. So many people kept on talking about D&D 6e. Why else, they argued, would Wizards of the Coast attempt such drastic contractual changes.

However, Jeremy Crawford, D&D 5e lead designer, told Dicebreaker something that reassured me my timeline projection was right.

Crawford said that it would take several years to fully implement the changes to how D&D tackles races.

So, that’s at least several years of D&D 5e then, and perhaps the new approach on dealing with fantasy races manifests as D&D 6e, it certainly could be a significant enough change to warrant it.

It certainly seems very unlikely that Wizards of the Coast will publish D&D 6e in 2021 if they think they’ll be tinkering with races for years afterwards.

Anyway, that’s what I think. What do you think?

The weird stat I have for you this week seems to suggest that when it comes to thinking about the future geeks a little more optimistic than non-geeks.

In September, I had a copy of a Gears of War novel to give away, so did the usual thing of running a poll competition. Answer the question to enter, and the question was “Do you think there will be a World War in their lifetime”.

On average, 57% of people don’t think there will be a World War in their lifetime.

I wish the figure was higher.

It is a little higher for geeks. When people made their World War prediction in the competition, they also had to say whether they considered themselves to be a geek or not.

59% of these self-identified geeks didn’t think there would be a World War in their lifetime.

That’s not the first time I’ve seen geeks be brighter about the future than non-geeks. Recently, and maybe you caught the Audio EXP when we discussed this, geeks were also less likely to predict a cyberpunk future for us in the next 20 years.

Well, since we’ve found ourselves on a slightly morbid topic, let’s stick with it for a bit and talk about Onyx Equinox and a forthcoming anime called Killing me/Killing you.

The show starts off with no shortage of death. An underworld god, impatient with the lack of blood sacrifices from the Aztecs above, rises up to attack a whole city.

Let’s not use the phrase “good gods”, let’s just say that in response rival gods decide to seal the gates of the underworld and probably erase humanity from the world and start again.

I’m looking forward to watching the next episode, but I’m far from decided on the show. The build-up was pretty brutal, but can the show stick with that tone for the duration?

As you might predict, there’s a young lad picked by one of the gods to be humanity’s agent. It’ll be up to him to seal the underworld gates and, well, if he can do it in time then perhaps there won’t be the need to erase the species from the planet after all.

I think we’ll find out in just a few weeks, as Crunchyroll is releasing one episode at a time.

Killing me/Killing you looks to be very different.

It’s based on the manga of the same name by Imomushi Narita. I’m sure I’ve just butchered that name. Sorry!

The anime has my attention because Narita was told her manga wasn’t selling well enough and was likely to be cancelled. In response, Narita animated her own proof-of-concept trailer for an anime based on it.

Here we are, about a year later, with a longer trailer and an anime on the way. I think Narita is heavily personally involved although I hope she’s getting some help with the gigantic task too.

Killing me/Killing you follows two unlikely looking characters who are trying to die. One is a young-seeming woman with a purple horn called Metea and the other, well, a strange-shape in a coat called Euthanasia.

They’re both immortal and have been since meteorites fell to Earth. Now, they wander together to find something that will free them of this immortality.

There’s no confirmation of a streaming platform like Crunchyroll or Funimation picking up the show, but I hope they do.

Also in the spirit of killing things, this week’s Genre Police RPG tips article from Ben is all about combat and combat in D&D in particular. It’s proven to be a popular Genre Police article.

Ben’s argument is that D&D 5e oversimplifies combat and therefore DMs need to work a little harder to keep players’ attention during melees, and he has some techniques on how to do that. My favourite was the idea of each combat round having a physical effect on the landscape that might matter to the players later. A fight in a tomb could end up destroying rickety stairs or a wall to uncover previously unexplored space.

If you’re running a lot of combat online, then this week has been especially good for you with some great virtual tabletop news.

First up, there’s Owlbear.Rodeo which is a free to use website that, at a click of a button, creates a virtual tabletop for you.

It comes complete with maps, tokens and even a fog of war system. You add a password to your room and then invite players to it. If you need to quickly flip to tokens because a skirmish is getting too tactical for the theatre of the mind, then Owlbear Rodeo looks to be perfect.

The virtual tabletop and gaming community Role also opened in its early access phase this week. That means it’s open to anyone, but it’s not in its final form.

In addition to being a virtual tabletop, Role is a marketplace for premium RPG products that integrate into its platform and a community to help you find other gamers. It raised $100,000 in a Kickstarter campaign, so I’m glad it’s got this far.

I also wanted to mention SquareOne. It’s not a virtual tabletop, not really.

It’s an electronic screen which acts as a board game surface and it comes with a dice reader. The Kickstarter project for SquareOne has raised €150,000 and is still going.

We’ve talked before about how there’s a bit of a race to invent the Netflix for board games, and how it’s attracting attention from pretty savvy investors, and I’m citing SquareOne as another example.

And, finally, as we talk about savvy moves, we can get onto the headline news, which isn’t quite the last bit of news in this week’s show.

Savage Worlds is coming to Pathfinder.

That’s right, you will be able to use Savage Worlds rules to explore Golarian and run through all six Adventure Paths of Rise of the Runelords.

Savage Worlds is designed to be an engine that powers other RPGs so Pinnacle have every reason to want the Pathfinder fan base introduced to it.

Equally, for Paizo, it means more gamers interested in the world they created and its adventures than before.

For both publishers, it’s an “anyone but D&D” tactic.

I think, I speculate, that virtual tabletops also factor in here.

Let me explain why. In Scott Thorne’s ICv2 article Rolling for Initiative on the 22nd the game store owner begins by saying that Tasha’s Cauldron of Everything sold well. Thorne states that player accessories usually outsell DM accessories by a factor of 10 to 1 and he calls on Wizards of the Coast to release more.

I get the logic, don’t you? Players and DMs both want to buy Tasha’s Cauldron but only DMs are interested in pre-written adventures and the like.

Equally, DMs like me always make up their own adventures and never turn to publishers for them.

In other words, I’m trying to argue that virtual tabletops are helping publishers make more money from pre-written adventures.

I think that’s what Pinnacle and Palladium Books saw with Savage Rifts.

There are two more bits of RPG news for you and two books to be aware of.

First up, there’s Blackbirds a grimdark fantasy that got a shout out on Twitter from actor Joe Manganiello.

Blackbirds is going to be a Zweihander-powered RP focused game, but you won’t need Zweihander to use the game. Despite having a storytelling focus, rather than a hex crawl, it’ll still be deadly because it uses Zweihander.

Blood Feud is an RPG about Vikings, about power, honour and toxic masculinity.

Now, when some people saw that headline, they assumed Blood Feud had some sort of alt-right leaning. It’s the opposite, Blood Feud shows that toxic masculinity is bad.

You see, in the game, as a Viking man you’ll have your honour challenged and to protect it, not to lose power, you’ll have to respond in that aggressively masculine way the culture expects. That’ll cost you, but you’ve no choice. You can either lose power, influence and earn the ridicule of society or you can harm yourself and those near you with constant acts of toxic masculinity.

But, it’s early days for the publisher and the game, so let’s see where it goes. 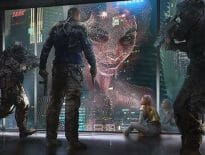 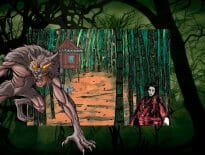