There are changes coming to Doctor Who. Steven Moffat has stepped down and Chris Chibnall will be the new showrunner when, in 2017, the series returns.

Do you think a female Doctor in Doctor Who is a good idea?

Last year, Geek Native had a copy of the time travel adventure The Seventh Miss Hatfield to giveaway. To enter the competition we asked readers to say whether they were male or email and whether we should see a female Doctor.

It was a dead heat. Men were exactly 50/50 on the idea. Women only slightly favoured the idea of a female Doctor with 52% in favour of the idea. Collectively, geeks were divided into two tribes; one which thought we should see a timelady and the other which did not.

Should there be a female Doctor?

Will there be a timelady in Doctor Who?

Chris Chibnall may be best known to British audiences as the creator of Broadchurch (which starred David Tennant) he has plenty of Who experience. Chibnall was the co-producer and (kinda) head writer at Torchwood. He wrote eight episodes for the Doctor Who spin off before moving on.

He’s also written for Doctor Who itself; The Hungry Earth/Cold Blood episodes with the Silurians, The Power of Three and the Dinosaurs on a Spaceship to name just a few.

He’s taken a “normally always male/genderless” Doctor Who monster and turned it female before. It was Chibnall who wrote the infamous “Cyberwoman” Torchwood episode.

The Mistress was really awesome. I think it would be cool to have a female Doctor, even tho I’m really enjoying this current one.

I have absolutely no problem with a female Doctor. To be honest, nothing they do can possibly be any worse than what has come the past few years

I want Sarah Lancashire for the Doctor.

Is it being shoved down poor throats when no one really asked for it. Why yes

Actually, no. This didn’t become a thing until the producers said hey we’ve heard people want this. Then a “grass roots” movement to get a change made began. Add in a clamor for change because the writing had suffered has caused a call for something no one initially asked for. Much like trying to get Doctor 5 top frost his tips and become a gay icon.
Just give us good stories and stop trying to give us cultural change.

I wonder how the results would change if the question was to read “Would you like to see a woman Doctor or the return of David Tennant?”

I don’t understand who was starting the grass roots movement if no one was asking for it…? Ghosts? Incorporeal feminist Whovians existing in a fourth dimension??

There’s a poll in the article itself where you can cast your vote. As I write this comment it looks like the pro-female Doctor option has a narrow lead.

Why not? I think it would do the series a world of good. Just keep a female companion. We have suffered through a few male companions. Sigh.

Myself, along with the rest of the fanbase who watched the classic series. Will stop watching doctor who if he becomes a woman. You’ll be stuck only with the fanbase who started watching when Tennant got popular. 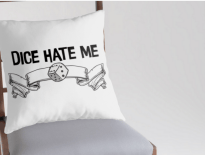 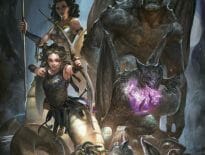