You are here: Home / TV / Online Shows / Doctor Who: The War Doctor and the Sisterhood of Karn

The War Doctor and the Sisterhood of Karn

The secrets around John Hurt’s character in Doctor Who are peeling away.

If your location allows this link takes you to The Night of the Doctor a mini episode of Doctor Who that appeared on the BBC’s iPlayer today. Alternatively, there’s this official YouTube 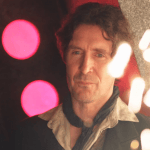 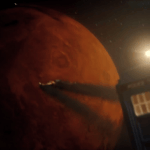 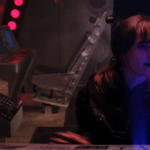 The Eighth Doctor is ignoring the Time War, trying to help people and be the Doctor when he crashes onto the former Gallifrey colony of Karn.

He’s offered the choice by the Sisters when he needs to regenerate. He can be young or old, he can be a man or a woman, wise or angry, and he could be a warrior. He’s scolded for trying to ignore the Time War. He’s begged for help as the war threatens all reality.

In his final few seconds he decides to become the warrior necessary.

I don’t suppose there’s any need for a Doctor any more. Make me a warrior now.

The Sisterhood of Karn have the ability to help direct regeneration; avoiding the usual random draw.

The first thing the new regeneration says is; 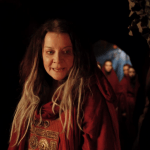 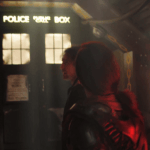 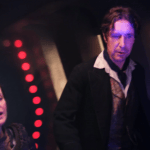 Who are the Sisterhood of Karn?

Karn is near Galllifey and the Sisterhood are actually the remains of the Pythias who ruled the Time Lord planet before Rassilon, Omega and the Other (the triumvirate) expelled them. The modern day Sisterhood guard the Scared Flame and distill the Elixir of Life to assist with regeneration.

Karn became the hideout of a Time Lord criminal called Morbius. His brain was preserved by Mehendri Solon, one of the Cult of Morbius, before the Time Lords could fully execute him. The Brain of Morbius is a TV story featuring the Fourth Doctor.

There is also an Eighth Doctor audio adventure called Sisters of the Flame. 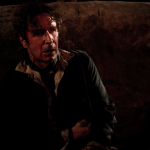 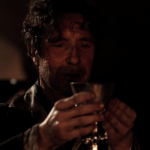 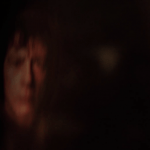 Doctor Who: The War Doctor and the Sisterhood of Karn 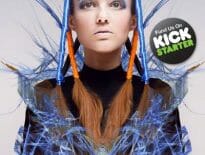 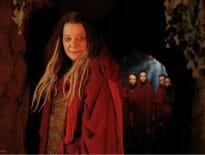