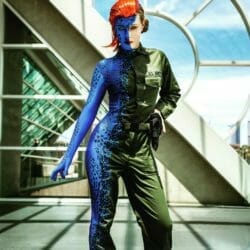 What’s smart about this Mystique is the very idea of portraying the mutant in mid-transformation. 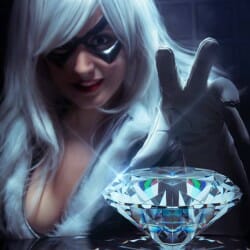 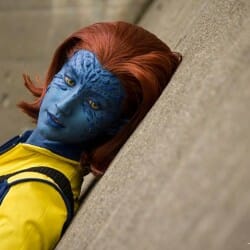 Cosplayer Lopti is an aspiring model and great cosplayer. She’s an affinity for blue characters; hence the name Some Like it Blue. These Mystique cosplay pictures show just how well Lopti can go blue. They’re from her Facebook profile and photography is by Siffy of The Sisters Mischief. 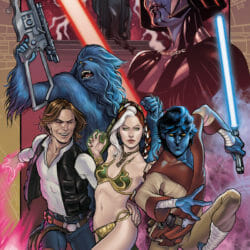