WanderSquares: The Underwood Tunnels uses pre-generated characters and tiles to introduce people from the age of nine and up to roleplaying and acting as a game moderator.

Game designer Matthew Carlson is asking for $24,000 to bring the game to life and after the first week has over 120 backers and nearly $8,000 pledged. There are three weeks still on the clock, and you can see the current progress on the Kickstarter page.

The map changes as 32 titles allow for many different combinations. The storyteller’s book that comes with the game has various options for the wandering players to do and so each encounter on any given square does not need to repeat what happened before.

The print-and-play option for WanderSquares takes a pledge of $24 and has an expected delivery date of February 2021. Sadly, while the game looks like a great Christmas gift, it won’t be ready in time.

The physical copy of the game, a box set with 32 Adventure Squares, 32 Treasure Cards, 4 pre-made character sheets, 4 paper character pieces, 96-pages of WanderSquares Adventure Guide: The Underwood Tunnels, the 48-paged rule book, 25 character scoresheets, quickstart guide, how to battle guide and 10d6 takes $48 to unlock. However, bad but sensible news, Carlson is based in the US, and so shipping is restricted to the US. WanderSquares ships to the US, Canada, UK and the EU.

The last option, the most popular tier, costs $60 and is still restricted to the US only. It adds a character back, adding Wizard, Knight, Trickster and Scout character sheets and player pieces.

Update (29 Oct): WanderSquares will now ship to US, Canada, UK and EU. 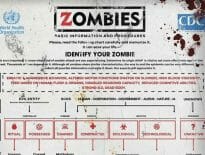 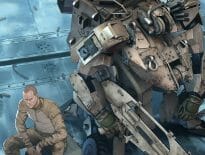