Wizards of the Coast has teamed up with Manticore Games to bring D&D to the game building Core platform.

At the Panel of Legends at PAX Online, hosted by D&D Beyond’s Todd Kenreck, Reggie Watts, Xavier Woods, Sam Riegel, Deborah Ann Woll and Jerry Holkins chatted D&D. You can watch it below.

Over 150 gamers submitted dungeon designs to Core. The Corehaven hub is now open for D&D experiences; a social portal into the dungeon games created on the platform.

The winners of the Design-A-Dungeon contests have also been announced.

As an initiate in the Heroes Guild, you are tasked with a mundane errand – to clean the castle’s sewers. But the simple task quickly reveals something more sinister, a plague of undead who have clogged the castle’s plumbing with the bones of their victims. Fight, loot, and level up to clean out the pipes and take out the boss.

You begin your quest on a dark and stormy night at the Frank ‘n Stein Inn. There’s a castle outside Luskan that’s been overrun by minions of evil and a dungeon master with a sick sense of humour. With writing so good you’ll actually read the dialogue boxes, dozens of Easter eggs, and homages to cult horror classics, you’ll want to explore all of the hidden areas in this horror-comedy adventure.

Roll your stats and choose your class, then enter the ancient dungeon of Baland-Ur. Legend says a cultist of the Bone god built it to store their treasures. Many brave adventurers have failed to loot the underground lair. Will you survive and return with unimaginable wealth? Secret rooms, traps, magical cauldrons, and monsters await the intrepid adventurer.

Explore the area around the Village of Stillwater, a small mining round nestled in a forested valley. Uncover the secrets of the Mysterious Spire, a strange structure that radiates magical energy. Complete quests, solve puzzles and help a dragon with a fox problem in this open-world adventure.

The Aerie, a cacophony of mysterious floating islands, is in peril. Eerily beautiful crystals plague the once sacred lands, disturbing the magical balance and corrupting the colossal guardians of the elements with evil power. On top of this sudden emergence, the Goddess Kasura has vanished, leaving the realms vulnerable and in chaos. Join Atro, a quirky wisp, as you uncover what lies beneath the corruption and restore the magical balance to the Aerie! 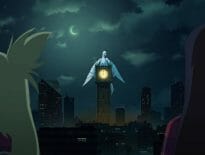