In previous years, Paizo used to run a competition called RPG Superstar which had game designers submit entries for monsters, items and adventure design through a series of knockout rounds. The winner was published.

Game design contests have a pretty good history in the RPG industry, Keith Baker won such competition in 2002 run by Wizards of the Coast with Eberron.

However, competitions are hard work and not necessarily a rewarding business effort, and Paizo let RPG Superstar go for a while. This year, Roll For Combat stepped up and with the Pathfinder publisher’s blessing took control of the competition. So, this year, RPG Superstar has been running with its new podcast owners and Owen K.C. Stephens is the head judge.

A blog post on Paizo explains that the competition’s judges have narrowed down the best monster submissions to the best 101.

Now it’s the public’s turn to vote. To vote you need to sign into Roll For Combat and visit this page.

The winner will get $500 in prize funds, and the winning monster will be published in the upcoming Roll For Combat Battlezoo Bestiary as well as other prizes.

Why go to the effort of being a voting member of the public? You could win a prize too. Random voters will, according to Paizo, get awarded prizes.

Public voting closes on October 5th with an announcement of the final winners on the 14th. Fancy voting? Pop over to RPGSuperstar.com. 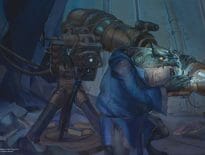 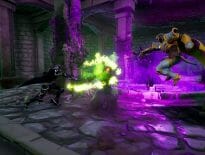