At the risk of a spoiler; Honey & Hot Wax isn’t for me.

I’m a fat introverted geek. If I was a strapping teen, I might fantasise that the games in Honey & Hot Wax might be my ticket to sex parties with people otherwise out of my league and to a lifestyle beyond my charm. I’m not, and I don’t.

One of the games in Honey & Hot Wax ultimately has you strip naked, feel each other’s bodies and describe what you’re touching using geological terms. I just don’t have the relationship with my GM where I could talk about his plump stalagmite or even tell him about my discovery of his wife’s moist cavern.

If I make an effort to step empathically into the shoes, or roles, of other people, I can see the lure and dependable attention to suggestive detail in Honey & Hot Wax. Here’s a safe way to expand horizons and relationships.

Even more importantly, I recognise that we need to take the stigma out of sex. Weirdly, many of our cultures rate games with the grisly mass murder of orcs as family-friendly, but the occasional removal of a bikini is rare and adult. We should all be happier with our plump stalagmites and less blase about knifey-dagger death.

Indeed, Honey & Hot Wax was created with two grants from The Effing Foundation for Sex-Positivity. Not one, but two, presumably at once. It’s money well invested by the Foundation, the set of games do present safe sex in a positive light.

Before the Sex Games

The download kicks off with a fascinating forward from Naomi Clark. Clark designed Consentacle, a game about consensual sex between a human and an alien lover. It’s had a load of coverage.

It’s a long introduction, but that’s because it’s not an honoured task that Clark can’t get out of. It’s clear that the game designer has a lot to say and is treating the Honey & Hot Wax audience as a sympathetic and to whom it is safe to have the conversation.

And of course, games of various kinds have been used as a carrier of cheesecake fantasies for decades on end now, largely for a presumed straight-guy audience.

There are 20 or pages of content before you get to any of the games. That’s because there is essential reading beforehand with topics like “The Three C’s of Safe Experiences”. Those are Consent, Communication and Calibration.

You’ll feel that need for consideration throughout Honey & Hot Wax. At no point does passion throw wisdom to the wind. These games are careful, deliberate and systematic in the name of safety.

Having read Honey & Hot Wax, I’ve raised my knowledge of kink culture a degree. “In the midnight hour” is a keyword that nods to Billy Idol’s lyrics “she cried more, more, more” used to indicate your desire for, yeah, more. At the same time, “Largo” is another musical influence which, when said, is a de-escalation instruction for your partner to tone things down.

There are eight games in Honey & Hot Wax and two categories. Those two categories are This World and Other Worlds. Supernatural and alien quirks are found in the latter category.

Each came carries a short and helpful scorecard.

You’ll find out how many players are needed for the game and whether, most likely, a facilitator role is required.

You’ll be told the appropriate duration of the game and how many materials are required for it. There might be room for spontaneity in the games, but Honey & Hot Wax is about planning and preparing as a rule.

Lastly, you’ll also see how challenging it would be to adapt the game to online play. The biggest sex organ in the body is, after all, the brain but that doesn’t mean all of these tactile games convert well to Zoom.

Pop! is a game inspired by Looners, a community of people who like to have sex with balloons but does not feature balloons. It needs 6 to 12 players, one facilitator and a lot of materials.

Pop! doens’t convert well to online play and, in part, that’s because it makes efforts to simulate the community building and arranging meet-ups online.

In the game, you’ll have a character with a simple goal. Something like; “To figure out exactly what makes this balloon thing so hot” or “All ‘loons to be treated with dignity and respect”.

The Echo of the Unsaid

This is a rare game for Honey & Hot Wax in that it only needs two players and does not require many materials.

The Echo of the Unsaid will last for about 1 to 2 hours and doesn’t convert easily to online play.

In the game, you’re playing two ostensibly straight college boys who have some unresolved sexual tension and perhaps romantic attraction between them.

Your own gender doesn’t matter, and you’ll agree what sort of sex you’ll have before you get to it.

The Sleepover can last up to 5 hours, likely more than 3, and is good for 3 to 12 players with the help of 2 facilitators.

The game starts with characters receiving “the talk” as an awkward conversation from an adult about sex. Characters are teens exploring their own identities and the game goes on to challenge “the talk”.

The Sleepover is intended to be a positive game. It’s not one that digs into homophobia, shaming or abuse even if these issues are sometimes encountered at summer camp sleepovers. Instead, the game is about exploring queerness, polyamory and non-binary gender identities.

A lot of materials are needed for this recreation of a summer camp sleepover including name tags, a whiteboard, nail polish, party food and a water bottle.

This game starts with a workshop, moves onto those teen party games like “Kiss or Truth” and “Would You Rather” before ending with a de-rolling activity in which name tags come off, and goodbyes are said to characters.

Between 6 and 10 players are needed for this game, and that must be an even number, it’ll last for 3 to 4 hours and is a non-verbal LARP about exploring kink negotiation.

Follow My Lead is upfront about having an artistic aim. It wants to capture the essence of the mating dance. While some of it is non-verbal, there is a workshop that secures everyone’s agreement upfront and helps to set the scene.

At the end of the game, the submissive players trying to guess who the matching kink match for their character was.

In the freeform game, characters are meeting for afternoon tea only to realise that they hooked up at the sex club with one of the others the night before. The goal is to talk about the food and the tea items as metaphors to the to sexual acts that happened the night before so their partner can guess who they are.

In the Cleft of the Rock

In the Cleft of the Rock is a game that lasts for 1 to 3 hours and needs 2 to 6 players.

Played out in three stages, this is the game which builds up a structured approach to using landscape terms, never biology, to describe and offer exploration of the naked human body.

Phase one has players explore each other’s shoulders, for those who opt-in, and people are clothed. Phase two has people strip down to their underwear and puts the focus on mouths.

For two or more players, needing two or more hours and not many materials – perhaps some fake teeth – Feeding Lucy is a freeform LARP inspired by Lucy Westenra’s good girl gone bad journey in Dracula.

As you might expect, the roles of Lucy and Dracula do not require you to be of any particular age, gender or ethnicity. They’re placeholders.

Play starts with Lucy as a human and then moves towards her giving in to her desire and becoming far more powerful and with some control until Dracula finally takes over.

You Inside Us is game for two people, few materials and which can be played online.

In this game, two people share one body; a human Host and an alien Symbiote. They share senses.

It’s improvised roleplay, with the Host gradually succumbing to the Symbiote’s desires until sex.

My tour through the games in Honey & Hot Wax is hurried and short compared to the detail the gamebook provides; much of that being around what the game is hoping to achieve, safety measures, reassurance and appropriate self-care for afterwards.

Not that Honey & Hot Wax ever feels cramped or like a textbook. There is lots of white space, very few illustrations save for the repeating honeycomb design that decorates some corners.

There are no adult illustrations anywhere to be seen. Pop Honey & Hot Wax on your Kindle and you could probably read it in the Tube without anyone knowing.

Honey & Hot Wax isn’t for me, but that feels like a reflection of me rather than the book.

I can readily see why other people will come to treat Honey & Hot Wax as a cherished Kama Sutra of sexy games.

My suspicion is that if you are intrigued by this encounter of Honey & Hot Wax that you should take a more in-depth look, and gain a closer perspective.

You can buy, and read more, about Honey & Hot Wax at Pelgrane Press.

My copy of Honey & Hot Wax at Pelgrane Press was provided for free to faciliate this write-up. 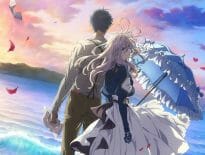 Anime A new trailer for the Violet Evergarden: The Movie… 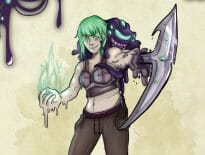 Tabletop & RPGs The Symbiote: Re-imagining Venom as a Patron for D…
wpDiscuzComment Author Info
Manage Cookie Consent
This site uses cookies 🍪, and links are ads that may earn bloggers some money 💰, and with this alert, I very much hope that these dark truths 🧌 are acknowledged.
Manage options Manage services Manage vendors Read more about these purposes
Preferences
{title} {title} {title}
Loading Comments...