You are here: Home / Games / Tabletop & RPGs / Visigoths, goths and a dating sim – as an RPG

Lucian Kahn’s quirky RPG is doing well on Kickstarter, with $16,800 pledged, two weeks still to collect more money and a goal of $10,000.

Just how quirky is the game? Well, time travelling Visigoths end up in a shopping centre in the 90s with a bunch of goths. Is it war? Sometimes. Mainly, though. It’s a dating sim that’s packed full of bi-sexual characters. Curious? You can find out more over at the campaign page.

The Visigoths sacked Rome, and now they’re in a suburb of Los Angeles in a RPG setup like an open-world video game. We’re told the game needs at least 4 players, a facilitator and a strange sense of humour.

Clearly, if RPGs with a focus on sexuality or dating make you uncomfortable or simply aren’t drawn to games like that then Visigoths vs Mall Goths won’t be for you. That’s okay. No one has to like dating sim RPGs as much as D&D RPGs.

I’d never heard of the mashup of traditional RPG with dating sim before. Perhaps that’s part of the appeal of Visigoths vs Mall Goths for some people.

There’s a limited tier where you can get a copy of the PDF for just $6. If that level sells out, then the RPG will cost $12 in digital form.

The softcover will cost $20 and, of course, comes with a copy of the PDF. The hardback is good value, just $5 more.

Visigoths, goths and a dating sim – as an RPG 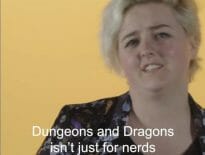 Geek Stuff Opinion! D&D and the danger of “not for… 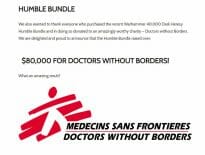