You are here: Home / TV / Anime / Isekai, but dating: Trapped in a Dating Sim – The World of Otome Games is Tough for Mobs

You know the usual isekai pitch – an anime about an average person, generally but not always a guy, whisked oneway or another from our world into a fantasy one to become a hero.

That fantasy world is often game-like and sometimes actually a game with stats, levelling up and other mechanics part of people’s daily lives.

Well, what if that game was actually a dating simulator?

Due out in Japan in April, based on the series by Yomu Mishima and illustrated by Monda, Trapped in a Dating Sim: The World of Otome Games is Tough for Mobs is set in a fantasy world.

Otome games are usually targeted at women. Their goal is to typically befriend and form a romance with at least one of the male characters, whether the hero is male or not.

Trapped in a Dating Sim: The World of Otome Games is Tough for Mobs is available in English as a translated manga. Seven Seas have the license and the series is up on ComiXology.

Thanks to some unfortunate gameplay, a young man named Leon has been reborn into the world of an alternate universe otome game. Facing an absurd scenario where males are no better than livestock who serve at the whim of women, Leon only has one weapon — his knowledge of the dating sim genre — to survive the challenges he faces and inspire a revolt against the system!

Given the prevalence of female characters in the trailer, it’s not clear that Trapped in a Dating Sim will itself follow an Otome path.

The anime will be directed by Shinichi Fukumoto. That’s a debut directorial role, a step up from a position as assistant director on The Detective is Already Dead.

Isekai, but dating: Trapped in a Dating Sim – The World of Otome Games is Tough for Mobs 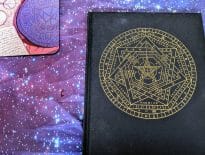 Tabletop & RPGs Slightly supernatural: A review of The Dee Sanctio… 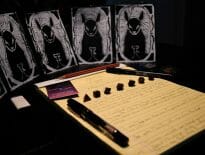