The Great American Witch RPG is a Kickstarter project by Christopher Grey which puts players in the role of witches and those witches into secret covens.

The campaign has 10 days, at the time of writing, and a modest goal of $650. There’s currently more than $7,000 pledged from 470 backers. So, it’s going well. You can see the latest total on the campaign page.

Some of the artwork in the trailer is used in Esoterica. I found at least one as a stock image and so hopefully that’s where it all came from.

The game is adapted from The Great American Novel RPG which was a nominee in the Indie Groundbreaker Awards.

The pledge approach is as straightforward as you can get. There’s only on tier; $15 gets you the PDF and Mobi digital edition and a coupon code to allow premium hardcover printing at cost.

Witches in the game aren’t always witches from pop culture or folklore. Here’s a sample of the covens; 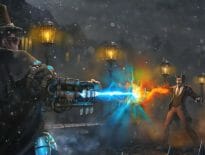 Tabletop & RPGs Savage Worlds’ The City of the Steam Sun has… 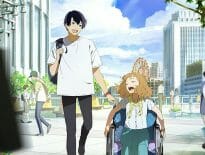