You are here: Home / Games / Tabletop & RPGs / Savage Worlds’ The City of the Steam Sun has been found

A year after raising the money to finish the game with a crowdfunding campaign, Steam Sun Games has released The City of the Seam Sun.

Previously, a free to download 44-page jumpstart preview had been made available.

Set in a city that fell into Limbo on the edge of hell, player characters are now trapped in a mystical realm where the light in the sky is a man-made mechanical sun.

The City has done more than just light a sun, they send diplomats to talk to demons, they send out intelligent automation and explorers to chart this new world, and the science keeps on coming.

There are two books for the setting. The first is the 196-paged The Book of Mortals which itself has three parts; The Book of Human, The Book of Demon and the Book of Angel.

The Book of Mortals also has rules for the Web and the organisations that operate it, information on what happened in the City after the Eclipse and how diplomatic negotiations with the demons are going.

In The Book of Creator, 132-pages long, is the Game Mater only information such as the true history of Limbo and what’s really going on in the Web.

You will need a copy of Savage Worlds to play the game.

The familiar world doesn’t exist anymore. Limbo is governed by other laws, inhabited by other creatures – but the scientific method works in the most insane conditions as well. People lit their Steam Sun here. Every morning it rises above the City on a huge rail. Authorities conduct diplomatic negotiations with demons, inventors are crazy about creation of an intelligent automaton, explorers search for traces of ancient civilizations. Scientists, traders, officials, adventurers, cheaters, magicians, policemen, criminal clans, evil geniuses and brilliant detectives, human and demons. All manner of beings can be found in the City of the Steam Sun. Who will you become?

Savage Worlds’ The City of the Steam Sun has been found 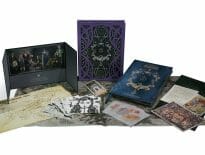 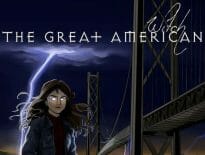