Audio games are slowly getting more traction. There’s the likes of Detective X from Budgie Voice, Void Warper from River Horse and even one for Starfinder.

Oliver McNeil, who suns the immersive storytelling fantasy adventure theatre in East Sussex called School of Wizards has launched Hotel Lovecraft on Kickstarter, it’s doing well and is another take on audio games. The campaign goal was £1,500, and today, with 28 days to go, there’s over £10,500 pledged. You can check out the progress on the campaign page.

In the game, you and your fellow guests are trapped in Hotel Lovecraft – that’s a realm within the mad and twisted mind of Lovecraft himself.

A pledge of £15 will get you the PDF of the book, PDF of the cards used in the game and MP3 sound files with a link to stream the soundscapes online.

Step up to £30, and you get the physical version of the game, and that includes two bags, the book, cards and even a set of keys. Once again, you get MP3 files or a link to the audio.

You see, Hotel Lovecraft isn’t a tech project. This isn’t an Alexa recipe or app for a Google Home Assistant.

How does this work? Well, there’s a host/GM figure who is responsible for lining up the soundscapes and reading the results of their decisions. In a sense, Hotel Lovecraft is more like a pre-written adventure for a traditional tabletop RPG than, say, Void Warper.

Still not sure how Hotel Lovecraft might work? Oliver McNeil has put together an 8-minute YouTube done entirely in a dramatic voice beside a lit candle to explain in a little more detail.

There’s even a playthrough that makes use of Zoom.

Noticeable by its absence, though, is the recommend disclaimer that Lovecraft was a racist. While the man was no doubt influential, most publishers take the time to note that he was no idol. 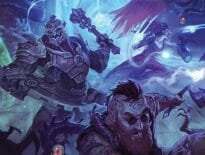 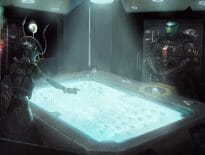