You are here: Home / Games / Paizo announce a Starfinder game for Alexa

On December 16h, the Starfinder RPG will launch with an Alexa version. You’ll be able to say “Alexa, play Starfinder!” on any Alexa-enabled device, and you’ll start playing a specially adapted version of “Scoundrels in the Spike”.

The pilot will be free, but Paizo and Amazon are planning to bring paid episodes of Starfinder to the platform at later dates.

It’ll be an interesting business model to pursue. River Horse, just at the end of November, announced Void Warper for Alexa. This is another audio RPG, which is free to play but requires some in-game purchases to explore every sector.

Geek Native used the tag audio games to describe Void Warper, and I’ll use it again here for Starfinder. I suspect we’ll see some more entries in 2020.

You can read Paizo’s full announcement over on their blog. 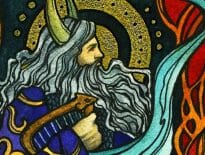 Tabletop & RPGs Celtic RPG: The Children of Eriu find a home on Ki… 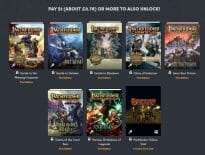