This article is part of a series, find out about dials here, the other article of the duration dial is here.

When we talk about the third dial of game structure – Duration – perhaps we should just pause and understand that often, this dial is dictated by people’s lives.

The reason I don’t do as many weekend games as I used to is that I have kids.

We can’t all find the time to commit to that level of play. The modern world is fast-paced and doesn’t allow a lot of time to rest. Finding space for any game session can be difficult. By the time we have all got through the meeting chatter and have to leave because we all have work in the morning, we might only have a couple of hours.

So, the question becomes: is it worth it for this amount of time?

Well, I think so. Having run a game that was in the two-hour region each session, I found it incredibly difficult and challenging but also rewarding. I think you have to change your format a lot, though. In the name of brevity, let us progress in small bullet point chunks towards an examination of the two-hour game.

Being used to big groups, I made the mistake of having eight players. This was a terrible idea. My first session was a bit of a mess, and I thankfully lost two players due to the schedule before the second session.

Six was more manageable but still not perfect. Still, we soldiered on. I would personally suggest you have no more than four players at any time. You just don’t have time to get around more PCs than that.

In the closing sessions of the game, we lost another player, and it was like a breath of fresh air – now there was enough space to get stuff done.

Look, as much as it is nice to give people time to build character, you can’t dedicate a half-hour section of your game to following one player and their storyline. Why? Because that is a quarter of the session.

You can’t afford to tell character story through long in-conversation and massive convoluted backstory dives unless you keep it brief.

Break the backstory stuff into manageable chunks you can tell over lots of sessions and keep coming back to it, a small bit at a time.

Short hour games tend to work best as a selection of quick-fire choices, and it is in this that you can build character. Not by deep introspection but by reaction.

What does this character do when pressed? Quick, decide! Oh really? That sheds light on who they are. There’s an old writing maxim ‘Show, don’t tell’, and it’s useful here.

Give the players lots of chances to show who they are during play. Drop a question about identity squarely at them during play and then let them deal with the road bump. Don’t drag it out and create a massive plot, just let it be a commentary on the character.

For each hour of play you are setting up for, imagine one ‘scene’ or ‘question’. It is possible you’ll get through more, but if you focus on those, then you form a sort of structure of story ‘Beats’.

Each of these beats should take the form of a statement of what is going to happen (‘The Pirates Attack’), the scene it represents (‘Peace Talks’), a question (‘Will they save the drow?”), or twist (‘Darius Is Still Alive’).

These build a structure for your session and mean that if you drive at delivering them, you keep the time you have invested in moving the plot forward and the game progressing rather than meandering.

Each session should have a pivot point – a moment where something changes in the narrative. It’s easy to do when we have more time, but in a short game, it is easy for the game to begin and end in the same place.

‘We are searching the city for Edrian’ can be a whole session if you let it. You need to ensure that progression happens. Look to your beats but also make sure that a pivot of focus happens, so we aren’t picking up where we left off.

Even a small dungeon in D&D for example, can take several session to explore.

Players will lose focus if they are in the same combat or location for several sessions. They just feel like they are getting nowhere, even if they would have spent the same amount of time there in a longer form game.

I have talked about this before and I am likely to again but you need to take the moments when the game you are playing breaks down the speed and invest that.

Early on in the game I was running, I set up a combat encounter that seemed reasonably good. It was not that long and was just a henchman battle. This design was a bad idea. It added nothing to the plot, and while it was suitably bruising, the fight took three whole sessions to resolve, starting at the end of one, continuing through a whole session and resolving in the third. That’s a lot of time punching nobodies.

After that, I made every combat encounter have a story moment in it. Maybe somebody turned against the team, maybe an old foe had to be put down for good, maybe it showcased how deadly an area was. But none of them were an exercise in just action.

The above point holds true for all of the game too. If it doesn’t serve to move the plot forward and the players aren’t doing it, you can probably discard it.

As much as it might be fun to have a load of side characters and dense storytelling, this format benefits from razor-sharp focus: make sure you aren’t bogging down play and allow players to succeed at stuff if it moves things forward.

Look at what you have planned for a session and just see if you can remove anything and not harm the game.

You are going to be funnelling content at the players in short, sharp chunks. Under this format, the vastness of narrative tends to crumble.

People are going to understand what they are doing in the moment and why but they are, after a while, going to lose the larger focus of their actions.

If you’ve kept it sharp enough, and have unmuddled goals, people know what they are doing.

The Advantage is this – if people are reacting in the short term and clear goals, you can change up the narrative regularly, shift the action, embrace the madness. Vary the content wildly. Change the end goals unexpectedly.

The game I keep referring to went from an escape from a continent to a mad race for treasure to a flight from genocide to a cold survival horror to a politicking character drama to a jungle exploration to a fight against an illithid invasion.

It probably doesn’t hold together as a narrative if you take the long view but it didn’t need to it was digested bit by small bit with lots of pivots, and therefore the action felt justified for the people in the moment.

This is your chance to manage a falling freight train as it goes off a cliff. Take that chance.

Ok, Somehow my quickie article ended up longer than the long-form one. Join us next time as we do what so many idiots have done before us. We’re gonna mess with the time dial. 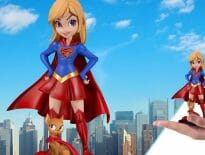 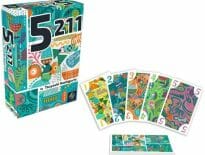