This is Audio EXP for the 18th of July 2020, and the title of this episode is ‘Nostalgia’.

[The following is a transcript of Audio EXP: #53]

Do you think we’re at peak D&D?

There’s no doubt the game has had a fantastic couple of years.

I started Geek Native with the idea of writing about a wide range of geeky things to try and lure in tabletop curious gamers into the hobby. I don’t think I moved the needle at all, but D&D 5 helped and successes like Critical Role have been incredible.

The last few months have surfaced lots of tensions and dramas but perhaps progress as well.

Just this week, Wizards of the Coast put out a job ad for a Diversity Equity & Inclusion manager.

I didn’t know such a job existed. To get it, to work for Wizards, you need to have seven years experience in an HR role. I think it’s clear what the purpose is about, it’s about making sure that everyone in the business is treated fairly, but that also means attracting and keeping talent. Talent is what gaming companies live or die on.

Yeah, I’m sure there will be someone frothing away at the keyboard, bashing out something about “recruit people based on their merits” but that’s exactly what a role like this is about. It’s about making sure that there’s a level playing field so that everyone’s diverse range of merits and talents have the chance to shine.

As it happens, I asked that question in a competition on Geek Native back in November 2019.

The results of that poll are now live on the site and might surprise you. The caveat is that this was not a robust scientific survey, it only had about 100 people in it, and there was a prize up for grabs so surely some people just bashed in response and scampered off to enter the next competition on their list.

Back in 2019, people thought D&D had passed its peak, and the answer that most people went for was that D&D had been more popular in the past.

How would you answer the question for today? Is D&D past it peak? If so, then you agree with the 2019 poll in that D&D was more popular in the past. Or do you think the game will get even more popular?

Maybe D&D 5.5 comes out, and that contains revisions to races. Perhaps it’s D&D 6, or maybe they get the movie right this time, and there’s a whole new intake of enthusiastic gamers?

It strikes me that the future is all to play for.

Certainly, while we talking about changes and tweaks to D&D it’s worth pointing out that there was an Unearthed Arcana last week. Wizards of the Coast officially introduced 16 new feats into the playtesting for the game.

Your characters can now be talented chefs or, er, poisoners. Perhaps both at once!

Or, if you’re just about all out of spoons for D&D, then it’s worth noting that Humble Bundle has a huge Pathfinder 2e sale on.

You can get a dozen downloads, including the core rules for just 4 quid.

At the top end of the bundle, you can even get a physical copy of the rules. Do watch the shipping costs, which are extra, and get close to $100 for some parts of the world.

It’s also been a good week if you’re looking for games to play online. Gen Con Online is open for registration and so is Virtually Expo from UKGE.

I’ve signed up for the latter and joined the Discord. I was amused to see there’s a virtual queue. Queues and gaming conventions seem like traditional bundles, and it’s pleasing to see I won’t miss out on that at Virtually Expo. There’s a text command to use slash-queue to take your place.

What I will say about the Virtually Expo Discord is that it reveals your first name and the first letter of your surname to the whole server if you log in while logged into your Expo account. You might want to do that to unlock the dragon badge.

Alternatively, if big conventions are not your thing then 9th Level Games now have a Hosted Online Play service. This is a bit like Magpie Games’ experiments with selling tickets to online tabletops so that you get a GM and a gaming group given to you.

9th Level Games are behind such gems as Kobolds At My Baby!, The Excellents in which you play as a princess in a cartoon world and the game of dungeons and dangers called Mazes.

Speaking about quirky games, do you remember when the fast-food chain Wendys released their own food-themed RPG?

It was called Feast of Legends. I thought it was a hoot, but some gamers didn’t appreciate a corporation getting into our space.

I didn’t see any backlash at all from that, even though you could have argued a free western RPG would take market share and money away from indie tabletop makers.

The tabletop game comes in a green box that will surely remind you of red box D&D and, like the movie, is an Arthurian horror.

I’ve not seen any backlash against Green Knight either, so hopefully, we’re finding common ground on who can or cannot make RPGs.

Now, one last thing before we go. You may have noticed that there was two-day lull in activity at Geek Native. That’s not happened since I’ve started to podcast and so I want to address it.

Lulls at Geek Native have happened before, in the past, I’ve been horribly ill and simply struggled to get to the keyboard.

Fortunately, that wasn’t the case this time. It was a combination of being very busy at work and a technical clash of plugins.

Geek Native runs on WordPress, and that’s a hugely popular system. Plugins are both a strength and a weakness of the system.

This week, a plugin that I use to automatically move images to Amazon’s S3 space received a big update.

It clashed with another plugin that I use to automatically render images in the WebP format and integrate with a content distribution network.

It didn’t take very long for the image optimisation plugin to release an update, but it was enough to effectively halt blogging for about two days.

Hosting costs are high, and without the content distribution network in place, they get even higher. This feels like an appropriate time to thank all site Patrons, anyone who buys books through affiliate links or even shares Geek Native’s content on social media. Your personal contribution matters. You make a difference.

You may have noticed a ripple on the internet last night too when many sites suffered a 20-minute outage. That was a human error at a company called Cloudflare.

Yes, Geek Native uses Cloudflare too. So it’s been a week of technical hiccups. Hopefully, they didn’t affect you too severely.

On that note, before the gremlins have a chance to weave their mischief on this podcast episode, let’s call it a wrap.

Replying to other comments to this article with helpful observations can unlock chat achievement badges. 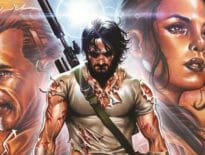 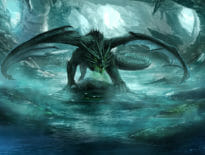 Tabletop & RPGs In 2019 geeks thought D&D was past its heyday…
💰 Copper Coins 💰 Geek Native is an affiliate and may earn commission on purchases you make from third-party sites.
🍪 Privacy & Cookies 🍪 The site uses cookies to survive. By accessing the site, you agree to use your browser to control cookie use or take 1d4-3 privacy damage (tracking). If you defeat cookies via ad blocking, please consider the Patreon. An intro to cookies, and how to control them, can be found here. I Manage Cookies