Wendy’s, the American burger chain, has released a whole fantasy RPG which you can download from here.

In the game, the nation of Freshtovia is threatened by the ice Jester and frozen beef.

The game is called Feast of Legends, and it has a whole website to itself complete with an introduction to RPGs and the world of Beef’s Keep. They’ve even provided an online dice roller in case the marketing ploy attracts the attention of people who don’t have a full polyhedra collection (or twelve) at home.

The game is (surprisingly) fully featured. It comes in at 95-pages, has a world map, character generation (stats are: Strength, Intelligence, Charm, Arcana and Grace) and a mechanics system that uses hit points.

The game is (unsurprisingly) loaded with in-jokes. In the list of helpful adventuring gear, for example, you have got the cost for hammers, blankets, 10 feet of rope, but also a pigtail wig. 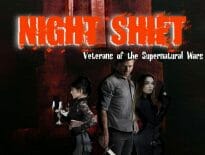 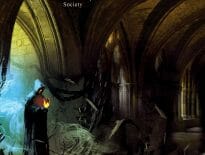