The Berzerker is 80,000 years old, at least, that was the idea when Keanu Reeves pitched the idea to Boom! Studios.

Born of a war god and a human mother, the Berzerker is part of human history, hiding his role, by faking his own death. His father’s compulsion to violence drives him, but he has humankind’s desire to understand, to figure things out and to know his own role.

The A-lister is writing the comic with Matt Kindt (Unity, Suicide Squad) and Skyping to coordinate the project while filming Matrix 4.

Spend five minutes with Keanu and it becomes clear very quickly why he’s earned all the success he has,”

Exceptional creative instincts, deep reservoirs of wisdom on story, the ability to consistently tap into the raw emotion of a moment, relentless commitment to quality and the task at hand – it’s all this and much more that make Keanu an inspiring force.”

The character, as you can see, looks a lot like Keanu. The actor has gotten into the mind set of the comic book’s star as well. He told the paper;

… the nature of violence, morals, ethics (and) what side do you choose.”

Some scenes might be familiar to meme-fans, such as the photoshop Sad Keanu meme.

The artist for the series is Alessandro Vitti and covers, so far, by Mark Brooks and Rafael Grampa.

Via USA Today and Boom!. 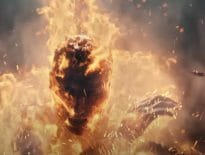