Last week Geek Native shared the news that authorities had suspended trading in CMON. It wasn’t looking good for the game studio.

Two things have happened since then, although the 2019 end of year financial report the company is due to share, is late.

Firstly, CMON explained some of the auditors’ concerns with them; Kickstarter money is both an asset (they have it) and a liability (it’s already committed) but CMON reassured fans the company was doing fine.

Secondly, they launched the Ankh: Gods of Eypt Kickstarter. It’s smashed through $1,000,000 in the opening day. Needless to say, the campaign target has been met.

Pledges start at $100, but that’s the loyalty CMON commands. They’ve previously done Zombicide, Blood Rage, The Others, Rising Sun, Massive Darkness and others. And, hey, I sense a chance they decided to go double-or-nothing with this Kickstarter.

That pledge of $100 will get you a copy of Ankh: Gods of Egypt and all the applicable Stretch Goals.

The game is a battle between gods locked in a struggle to become the one true god.

That means players can be Ra, Anubis, Isis, Amun or Osiris. There are also camels. 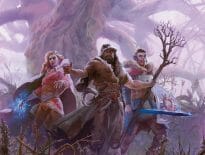 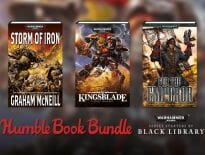