You are here: Home / Games / Tabletop & RPGs / Roll20 reveal the 10 RPGs that have enjoyed a surprising boom in popularity

It’s not surprising that RPGs are booming, this hobby of ours has become increasingly more fashionable. Then the combination of lockdown, presence of virtual tabletops and free video calls makes roleplaying online a clever thing to do.

What might be surprising are the 10 games that have seen their online usage soar the most.

Each quarter The Orr Group, the people behind Roll20, release a state of the industry report. Q1 2020’s report is now out and it shows, again, that D&D dominates.

The report also highlights 10 RPGs that, in percentage terms, have seen growth that far outpaces D&D. One hypothesis is that some old school gaming groups are finally turning, perhaps by necessity, to virtual tabletops and bringing their games with them. That can’t be true of all the games featured though, so let’s take a look.

More people are playing D&D. However, those percentage terms hide the real story. Roll20 say that there are 181% more campaigns played on their system in this quarter than compared to the last quarter of 2019. There are 192% more D&D 5e campaigns.

Okay, I can’t quite tie up Roll20’s stats with their language. I’d say that 100% more people playing D&D would count as doubling the number of players. Roll20 say that a 192% increase is nearly doubling. So I’m going to stick to an analysis of their figures, rather than their language.

Pathfinder Second Edition is up 199% and FATE up 217%, but the following 10 winners dwarf those numbers.

HeroQuest is up 4, 066.67%. That’s a huge percentage and systems with fewer than 200 games in the previous quarter do not qualify for the chart.

Chaosium’s HeroQuest just last month offered up the QuestWorlds SRD to allow third-party creators to use the system. HeroQuest itself isn’t new, though. The original Hero Wars came out in 2003 and was revised into HeroQuest n 2003.

However, it’s not all old school. Last quarter the Ironsword RPG was the biggest grower (at 916%) and that system continues to grow this quarter (328%).

Here’s the full state of play from Roll20. 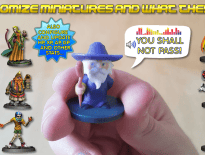 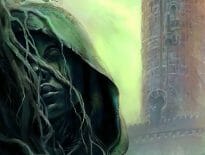