This article is part of a series, find out about dials here and the continuity dial on high.

Imagine for a minute that you have just joined an RPG game that has been running for a few years. You carefully create your character and come up with a backstory. Then you are thrown into the plot. There’s a war on, people are dying who seem to matter, the villains used to be good guys. It appears the world is ending. By the end of that first session, your head is spinning. In the second session, you forget something important or miss a clue that everybody else can easily see due to context. By session three, you quit.

Suddenly we can see that continuity, as much fun as it can be, can be a complete bind. Campaigns generate backstory as the trundle along which is fine as long as you are meeting regularly, someone is keeping score and everyone was in from the start.

The longer a game goes, the harder all of these are to maintain. A lot of games fall apart due to scheduling issues and continuity bind stops them easily refreshing with new players. High continuity is killing games.

Part of the issue is mid-to-high level consistency is sort of expected of games. But what happens when we take the continuity dial and turn it down low? Isn’t continuing adventures the point? Well, to begin with, there’s plenty of creative properties that have operated with mid to low continuity.

Take something like Star Trek: The Next Generation or even Law And Order. The cast of those shows face various problems and trials each week and overcome them, but the actual status quo of the show doesn’t shift too heavily between each episode – it’s saved for the end of a season or when someone leaves the series. That way, you can even watch some episodes out of order and it doesn’t matter, it’s about the performances rather than the continuity.

In an RPG, this tends to result in a game style that we call ‘episodic play’ in which each adventure or event is complete in one or two sessions and then we are on to a new series of villains or problems.

Maybe those previous guys show up again but it isn’t too likely. This creates a very different flavour of a series for players, allowing them to not worry too much about taking notes and uncovering a labyrinthine plot and instead focus on playing their characters in the minute. It also allows groups who can’t all meet to run a game without worrying too much about who shows up. There are a few considerations and tricks here that you can use.

The focus of your ‘camera’ here isn’t on the big overarching plot but instead on the inner workings of the characters. You’re here to figure out who they are. Take time to maybe focus an entire session on a player character and ask a question about who they are with the events they face. That knock-on effect on the other characters is important too.

‘Low continuity’ is not ‘No continuity’. It’s okay to build small arcs with recurring villains, they just need to resolve themselves quickly. Feel free to grab things that come up and revisit them but do it only a few times. Don’t return to something more than twice without reinventing it in a way that makes it new. But imagine that you are building to the occasional ‘series finale’.

If You Make Big Changes…

…make sure that everyone is there when you do. Then make sure that if the status quo changes, you then give time for everyone to get used to the new status quo. In this mode, we aren’t usually aiming at pulling the rug or disorientating expectation. It means when we do it, players feel the difference.

Absolutely Do A Bottle Episode

In the case of a situation where you have fewer players, you can hit up a low continuity game even in the middle of a higher continuity game. Trap a few of the cast in a place they can’t escape, allow them to bond and then eventually escape. It’ll feel like a TV series bottle episode and also give players something interesting to do while not inviting much forward plot motion.

Advantage of episodic play is that you can, if you’d like, cut the travel in a game by just opening a session in a new, exciting location. Then go crazy on that location; fill it with detail. Next adventure, open up somewhere new and never mention the last location unless you come up with a reason to go back. This allows you to cut straight to the important questions of the game without wasting time on continuity items.

Setting up where your game hits the ‘play’ button is really important in episodic play; it means that each session you don’t have time where the players are trying to work out what is happening next: they are in the plot straight away. Don’t feel like you are contractually obliged to pick up where you left off either, you can cut forward to a different dramatic point if you feel that nothing is gained by revisiting the exact moment of pause from the session before.

A massive advantage of this form of play is that you can run a session even if someone can’t make it. Embrace that. Make sure the game runs no matter who shows up.

Have two possible episodes ready to run at any time, so that if a player can’t make it and it was supposed to be about them, it is about someone else.

Rotate the focus of who is in the spotlight and just keep churning out ‘episodes’. This keeps the game going and allows new people to jump in and join the game.

The game from the first paragraphs of this article was my supers game. Near the beginning, when it was based on early golden age comics, it was far more episodic and had more players jumping on and off the superteam. As it gathered ongoing arcs, fewer and fewer new players joined the game.

Still Have A Plan

Have an endpoint in place. If everyone is having fun, breeze past it and consider it a ‘series finale’ and start a new series and plan a new end. When you sense that the series should wrap up, do so. Don’t let it go on forever, always have that out because then episodic play is never just going onwards without a plan. This avoids it becomes an overlong directionless campaign. Like the later series of the X-files.

Next time, we’ll be moving into the second dial and messing around with game longevity. But don’t worry, the articles will remain at the same length. 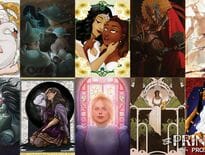 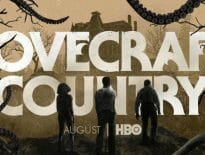