You are here: Home / TV / Lovecraft Country: Racism and monsters

HBO has a new show to attract geek interest on the way. Lovecraft Country is due to start in August.

If you’re in the UK and fancy watching it, then the usual approach is Now TV which you can stream Sky Atlantic, HBO’s UK partner.

Lovecraft Country is directed by Misha Green who was previously a staff writer on Heroes and Sons of Anarchy.

The series is based off the 2016 novel Lovecraft Country by Matt Ruff. I think a trip from book to TV in less than four years is pretty impressive.

In the TV show, we follow Atticus Freeman (Jonathan Majors) rather than Atticus Turner, as he teams up with Letitia (Jurnee Smollett-Bell) and Uncle George (Courtney B. Vance) in search of his missing father.

The road trip is a nightmare one, though. It is the 1950s at the racists are out in force in that part of the country, and it turns out so are other monsters. 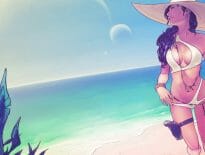 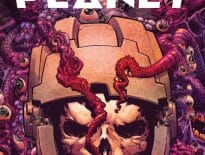