So last time we discussed ‘dials’ that exist in RP games that we might not consider too often.

The first we looked at was continuity. Mentioning this to you is also a demonstration of me maintaining continuity between my two articles. Which now both exist within a canon of published articles that you can reference for context.

When I use the word continuity in a roleplaying game, I’m really referring to a couple of things.

The first is how likely things that happen in a narrative are to reoccur and have a relevance to shaping ongoing events.

The second is how much connective tissue happens between the sessions you run. Lots of things can add to the continuity level of a game. Recurring characters and locations, plotlines that run throughout and require multiple sources of information to unravel, worldshaking events that mean the status quo is forever changed. Anything that, plot-wise, is kicked forward, can be clearly labelled as a form of continuity.

So what happens when we embrace all of this? Well, it creates a sort of living breathing universe in which the characters are just one moving part. Their action have consequences, and they have a cast of potentially thousands of characters to interact with.

Obviously, this can also be a bit overwhelming, which we will talk about in the second half of this dial but for now, we can see quite clearly that this is a dazzling amount of information but a wonderfully rich experience.

To get personal for a moment, I love when I can turn up the continuity to a high point. When players can have hundreds of potential interactions and things from a year and half of gameplay ago come back into relevance, or players put together plot pieces from five disparate sources and suddenly see what’s going on. It’s very rewarding to have that level of detail work.

But mismanaged, it can be a confusing mess. So what can we do to ensure that this doesn’t happen?

Either way, to continue to cross-reference stuff and be correct every time this comes up, you have to be engaged with the universe you are running between times. If you are expecting the players to remember to talk to the fifth son of King Armanon, you had better remember that king’s name and any affectations he had last time.

Also, name sessions like they have episodes and titles. Codifying them as smaller events that take place inside of a larger whole allows you to remember things about them.

If the players really remember something and react to it, use that, because then they will do the work for you.

Did they really like that top-hatted assassin from last game because of the way she moved? Maybe replace a character you were going to use down the way with her. She’s already interesting, and it builds a sense of her life ongoing if she turns up in an unexpected place. Plus the players will be like ‘Oh that person!’ and you are away.

Hang a Lantern On It Early

Have an NPC mention something that seems barely relevant. Then bring it up as something important in the next session/adventure/mission. This subconsciously begins to teach then players that the small bits of ephemera are relevant.

I have been running a supers game for years in the same continuity, and a newer player once turned to me after learning about a key piece of backstory and said ‘I get it now. Everything is relevant’, and it made me realise that yes, you have to teach your players that they need to be looking for this stuff because it will give them a leg up on the plot.

Now That I Have Said That…

Yes, things need to be relevant, but what you need to do for a high continuity game is occasionally just create for the sake of creating. Allow sessions to happen that are just about letting players get a feel for a new game element, absorb it and add it to their mental list of things. It doesn’t have to be important plot stuff when you create it.

High continuity does not mean that everything has to point towards the plot. But everything could do.

The more material you have created, the less weird it looks when one of those plot element resurfaces. If you have not that much content but a driven plot that is all interrelated, then it’s going to look messy, and like you are only featuring the same five recurring villains. Don’t do that.

That’s 90’s cartoon plotting (Ming the Merciless is the bad guy again? What a surprise!) and there’s a reason a lot of that stuff only got one series.

While most RPG games feature a level of continuity, a few games function really well as high continuity tales. Blades In The Dark for example, is really about a location, you desire to carve some turf out of it and how your actions trigger story.

Another is anything powered by The Burning Wheel which charts the growth of character over time and is more about resolution of ongoing goals and storylines than anything else.

Something like World Of Darkness or Legend Of Five Rings delve into the dreaded weapon of continuity, the metaplot, which means that knowing what is happening not only in your own campaign but where it is placed in the context of a wider game timeline is really relevant.

They also support casts list of thousands, some of who are important in a wider context than your game. This rewards players for being engaged with that knowledge which leads us on to an interesting concept…

At its heart, High continuity games have a sort of hidden gameplay mechanic. When we think about a roleplaying games reward structure, if it becomes easier to play the game by understanding its pre-existing continuity, then technically you can get better at the game by becoming engaged with its story elements. Which in most games is generally considered only doable by the accumulation of experience points, either to use to spend or level up or similar mechanics.

So is paying attention to plot sort of like levelling the player up? Is that how the reward works?

It’s an interesting idea and one that makes me realise that those poor players who take notes every time are being rewarded by having those notes be made relevant again. So occasionally, let the player who takes notes to refer to something they forgot.

Maybe that’s a question for another time. Remind me to write a column about rewards structures. If I do, I want to remember I mentioned it here first. Reminding me of that would be a form of continuity too… 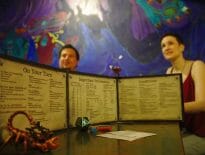 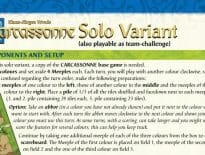