Season 3 of Castlevania was a bold one; more episodes than before, a plot that asked for more patience from the audience and surprising sex scenes too.

Irregular Reconnaissance is still due to write up the final episodes and Netflix has already confirmed season 4 is on the way.

That animation is so quick it’s hard to see, but the magic mirror is unmistakable, which means the Forgemaster Isaac is the face that appears. Isaac, of course, had a significant role in season 2 and featured heavily in season 3 without ever intersecting with the main characters.

There’s no release date, but I would imagine they are looking at 2021 before Trevor Belmont (Richard Armitage) and Sypha (Alejandra Reynoso) find themselves caught up the four vampires’ plans and whatever trouble Isaac is bringing. 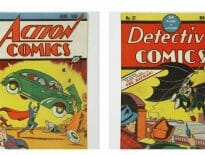 Comics An incredible collection of DC comics is up for So… 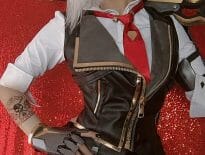