You are here: Home / Geek Stuff / Felicia Vox as Ashe from Overwatch

Felicia Vox is a cosplayer who has won multiple awards. She’s also an NSFW content creator and so be careful (or motivated, your choice) if Googling her name as a result of this post!

You can follow Felicia on Facebook, but only erratically as her pictures are occasionally too saucy for that social network and her account gets suspended. Instead, Fox points fans to their Twitter page as that network is more liberal. There’s a Reddit community too, but that’s too hot for this blog to link to.

Lastly, as is often the case, there’s a spicy Patreon in which pay for access pictures are offered up. Less usually, there’s also an Etsy account where you can buy signed prints.

The Overwatch character Ashe would no doubt approve of the entrepreneurship. She’s the leader of the Deadlock Gang and not afraid to get creative when it comes to getting her hands on some coin either.

Felicia Vox as Ashe from Overwatch 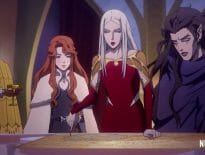 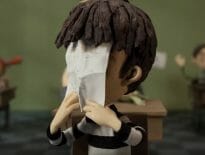