You are here: Home / Games / Tabletop & RPGs / “So You Want The Tall Vampire Lady to Catch You” is an RPG for your personal collection

In Capcom’s Resident Evil: Village the most memorable villain might not be the big bad Mother Miranda, but the “big bad” Lady Alcina Dimitrescu of Castle Dimitrescu.

Ethan Winters, the game’s character, spends plenty of time prowling the castle trying to avoid Lady D’s daughters and then running from the vampire Lady Dimitrescu herself.

Social media is rather keen on the 9-foot vampire lady as Capcom once again creates a memorable character to ramp up the tension.

So You Want The Tall Vampire Lady to Catch You

Now, to move on to an, ahem, completely differently different table; the tabletop RPG So You Want The Tall Vampire Lady To Catch You.

The 5-page download from Inkarmat is the flipside to the Lasers & Feelings hack Tall Vampire Ladies. You can pay as much, or as little, as you want for it. I paid $2.50.

Designed for solo play, “So You Want The Tall Vampire Lady to Catch You” is relatively unique in that the win condition is the loose condition, and the game takes a healthy attitude to both. Whatever floats your boat.

You can win by escaping the castle, but since your character – Nathan Summers – caught sight of the towering 9-foot tall Lady Albescue of Albescue Castle, such freedom means a lifetime pining for her. On the other hand, she might capture you and your last moments will be spent in her company.

Games have two tracks; Escape and Caught; short games have five segments; longer games have ten. These tracks measure your progress towards the end and whichever outcome you think works best.

You have five stats which you subtract from your dice rolls, as these are all weaknesses. That means a minus stat is actually a double negative, which you add to your roll. Okay, that’s a bit clunky, but I think it’s a worthy sacrifice given how evocative and refreshingly new having a character defined by charming flaws is.

When you create your Nathan Summers, or perhaps a character you think is more fitting, assign 2/1/1/0/-1 between Dummy, Clumsy, Weak, Scatterbraiened and How. How is just luck. As in “How did that just happen?”

The game suggests some 2d6 outcomes for what might happen if you get stuck for an idea on the final pages. For example, in creatures, a suit of armour might come to life, or in loot, you might find something hidden behind a bookshelf, or you might see a reflection of something else in the mirror.

Frankly, I think there might be a market for So You Want The Tall Vampire Lady To Catch You. Not just because Lady Dimitrescu has a certain following but because I think something is interesting in the failure is success aspect.

I’ve not met Lady Dimitrescu, don’t have Resident Evil: Village but I’ve barely gone a day without someone mentioning her. It’s not a long RPG, but it’s a timely one. That’s not the same as a rushed game.

Yep, happy to recommend this particular RPG. It’s a solo-game, a way to guide yourself through a story and absolutely worthy of a safe space in your collection. 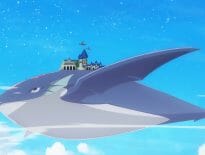 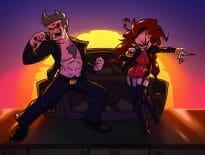