You are here: Home / Games / Tabletop & RPGs / A change in publishers for the Romance of the Perilous Land RPG

Romance of the Perilous Land was one of the first roleplaying games published by Osprey.

It has a fond spot in my heart, although I’m yet to play it because the team stood firm in the face of a racist backlash. The problem? A person of colour on the cover and the game is a fantasy version of medieval Britain. Yes, I know, actual medieval Britain had people of colour, but racists aren’t great with history.

Now the game’s author, Scott Malthouse, has blogged about the future of the game. It’s not entirely with Osprey Games.

An adventure and an errata are coming, these are with Osprey and in their pipeline of projects. The adventure is going to be a free PDF starter, and if you played Romance of the Perilous Land virtually with Scott at either Gen Con or UKGE, then you’ve played it already.

However, Scott’s company, Trollish Delver Games, will be taking over and become the official publisher of all Romance of the Perilous Land material.

… I’m happy to say that Trollish Delver Games will be publishing the official material for Romance going forward. This is a really exciting time for me – the core book is out via a major publisher but I also now get to release material on my own schedule. This means zines, books and pdfs with more frequency.

We already know a little about the supplements Malthouse has planned; it’ll have 20 new backgrounds for characters in the game. A new print book is also coming.

Trollish Delver has plenty of experience with publishing RPG material. There’s a thriving collection of games on DriveThruRPG, so Scott clearly knows how to get products out of the door.

Included in that list of Trollish Delver games is the original 50-paged Romance of the Perilous Land RPG as a Pay-What-You-Want title (suggested $2) but please note it’s different from the current edition. 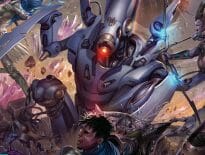 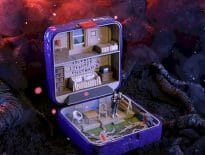