This is Audio EXP for the 23rd of November 2019, and the title of this episode is ‘Necromancers and two different futures’.

[The following is a transcript of Audio EXP: #19]

We’re going to start this podcast by talking about Necromancers, and we’re not going to save the results of the poll until the very end. We’re going to get digging straight away, and summon up a debate that will just not die.

Can Necromancers be good?

That was the question Geek Native readers trying to win the Magic: The Gathering War of the Spark novel in August had to answer.

After explaining what a necromancer was, only 46% of non-geeks thought Necromancers could ever be good. Whereas 73% of geeks thought it was possible.

Okay, let’s just address the elephant in the room. Why were non-geeks trying to win a Magic: The Gathering fantasy novel?

Well, whenever Geek Native runs a competition, then there’s a good chance a bunch of websites that make their money by finding places to try and win giveaways and competitions notice and send their readers over. They’re just trying to win prizes, any prizes, and that’s okay with me.

Frankly, it can be tough to persuade gamers to take part in competitions at all at times.

Anyway, let’s get back to dark magic.

I’ve re-opened the poll. Once again I’m trying not to use those professional poll widgets because they’ve started inserting ads everywhere and I’ve put together a Frankenstein of Google Technology.

Can Necromancers ever be good?

Necromancers are wizards who communicate with and perhaps even summon the dead.

Embedded into the blog is a responsive iframe is a Google Survey of radio buttons. You’ll have to scroll down to find the vote button, and some browsers don’t make that very clear.

Your results are sent to a Google Sheet. I’ve a formula on that sheet which tallies all the responses. I’ve a public and published pie chart on that sheet that’s built from the tallies and then it’s that pie chart which appears on Geek Native.

The upshot is, you can vote, you can see the results of your vote straight away if you click on the new link provided or you can see the published pie chart change after a few minutes and a few page refreshes.

What does Dungeons & Dragons say? The 5e rules talk about this on page 118 of the Player’s Handbook. They say;

Most people see necromancers as menacing, or even villainous, due to the close association of death. Not all necromancers are evil, but the forces they manipulate are considered taboo by many societies.”

So, officially, in D&D 5e, death wizards can be of any alignment.

On Geek Native’s Facebook page, we had one person point out that the TV show “Pushing Daisies” is an excellent example of how a good-aligned Necromancer might work. I’d agree.

There were two TV stories on Geek Native that got people excited. The first was that The Elric Saga has been optioned for TV. This means that people have the rights to make the show, are putting a team in place and are now trying to persuade a TV network to take them up.

The team in question is Glen Mazzara who worked on The Shield and The Walking Dead as well as Vaun Wilmot who worked on Prison Break and Star Trek: Discovery.

The Elric Saga is pretty popular and well known. It’s an old epic fantasy with lots of horror from writer Michael Moorcock. Elric is an albino warrior king of a decedent and deadly empire. It’s a hard empire to rule, especially with demonology being a part of it.

I suppose Elric is a bit of an anti-hero, though I think book publishers prefer to describe the plot now as a story of self-discovery.

The other bit of news from TV – or perhaps even cinema – is that Channing Tatum and Roy Lee, that’s the guy who directed It, are trying to make The Maxx.

When I first covered that story, I thought The Maxx was pretty obscure. I’ve not heard anyone mention Sam Keith’s work in at least a decade. However, judging from reactions, I’m wrong, and The Maxx is well remembered and popular.

I think I’m allowed to be surprised because The Maxx is pretty dark. In one world, we have a social worker, Julie Winters, trying to help this homeless guy. Julie’s history is grim. She’s a brave woman.

In another world, The Maxx is a powerful warrior who fights to protect Julie – or the Jungle Queen – from all sorts of dangers.

I only have one VHS left in my home. That’s the MTV animated adaptation of The Maxx. I’ve nothing to watch it on but don’t want to get rid of it until there’s a disc replacement.

Fingers crossed that this project happens, and isn’t screwed up.

Sticking with the theme of social work and helping others, there’s a few charity efforts and sales that might interest you this week.

Wizards of the Coast have a D&D download called Adventures with Muk on the DM’s Guild. It’s suitable for all players, they say, costs $5 and all money raised with go to Extra Life.

There’s a charity collection of Necropolis 2350 RPG rules and supplements on The Bundle of Holding. Triple Ace Games’ creative director Paul “Wiggy” Wade-Williams has had a stroke, money from this sale will go to help him and his family. Necropolis 2350 is a Savage Worlds RPG, and the bundle has Pinnacle’s backing.

Speaking of bundles, there’s a huge Pathfinder first edition deal on at Humble Bundle. You can go from zero Pathfinder to an impressive library for just a few dollars. As is the case with Humble, you can pick charities who’ll benefit from your purchase and dial-up how much, or little, of the profit split that they get from your money.

Now let’s talk about the two visions of the future I had this week. That’s to say, Geek Native reviewed two different sci-fi properties this week.

The first is the glossy hardback Star Trek: The Official Guide to the Animated Series.

First off, this is an excellent Christmas gift for someone.

The book has never seen before interview material with Gene Roddenberry. I can’t imagine there’s much of that sort of thing left.

After explaining a bit about how and why the animated series happened, the guide looks into the process of putting together an animated series and trying to tell Star Trek stories in 20-minute slices.

Then, and for the bulk of the book, it tours each of the 22-episodes of the Emmy winning series, looking behind the scenes with bloopers, facts and insight.

If you want to see inside the Guide, then Geek Native has you covered, as I filmed a slow page-turn through the book. You should get a good idea of what’s inside before you buy.

I don’t think I’ve seen many of the animated series, but I still enjoyed this guide. It’s a wholesome universe, with talented people who generally do the right thing.

That’s a contrast to the other sci-fi property I reviewed this week. That was volume one of Blade Runner 2019.

I say “sci-fi”, but in the Blade Runner universe, the movie happened in 2019. We’ve now gone beyond it and without flying cars or replicants. At least, I don’t think we have replicants… it’s hard to tell.

Volume 1 is a compilation of all the individual Blade Runner comic book releases so far. We’ve a Blade Runner called Ash who seems to be a bit scary. She’s known as the butcher because she carves up the replicants she catches, illegally, and sells their parts on the black market.

Ash is hired for a non-Blade Runner job. The wife and kid of a rich businessman have gone missing, it’s her new and not quite on the record job, to find them.

I like the illustrations, the characters and the plot developments. I like the dark and grimy Blade Runner future. I recommend the comic book.

I noticed something just when I was about to publish the review, though, and it made me edit my post. I was building affiliate links to Amazon where you can buy the comic book, although it seems like an unreasonable wait on it in the UK, and I noticed someone had given it a poor review.

It’s okay to disagree with other reviews, but I was still curious to know what this other reader had thought. Their complaint against it boggled my mind. This reader fumed that the bounty hunter Ash, a tough as nails predator from the streets of a dark future wasn’t sexy enough. They blamed western media for this.

Welp! Everyone is entitled to their own views. So let me clarify mine. If you like Riddley Scott-esq Blade Runner, then I think you’ll like Blade Runner 2019. If, instead, you’d rather see a hot bod strut around in Blades & Bikinis 2019 then maybe spend your money on something else.

One last thing before we go; and it’s a thank you.

This Tuesday was Thank You Patrons day, as organised by Patreon.com.

I searched around Patreon and found a whole bunch of similar RPG and geeky news sites running Patron projects and listed them in the post. Feel free to add more in the comments, or to email me.

There’s also another free little gift coming your way if you a Geek Native patron or become one before the 29th. As usual, we’re talking about stocking fillers only and this month’s gift is a little cat creature that’s actually a clip for your headphone cord or perhaps to geek up a slim USB cable.

Thanks for listening. Let’s catch up next week. 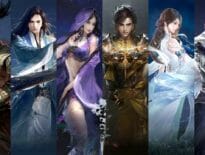 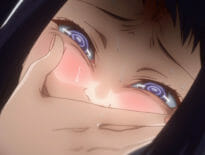 Anime Irregular Reconnaissance: Anime #55
💰 Copper Coins 💰 Geek Native is an affiliate and may earn commission on purchases you make from third-party sites.
🍪 Privacy & Cookies 🍪 The site uses cookies to survive. By accessing the site, you agree to use your browser to control cookie use or take 1d4-3 privacy damage (tracking). If you defeat cookies via ad blocking, please consider the Patreon. An intro to cookies, and how to control them, can be found here. I Manage Cookies