You are here: Home / Games / PC / MMO character worth £1 Million accidentally sold for £430

Weirdly, this becomes a sensible story.

First, though, ready yourself for a facepalm.

The South China Morning Post reports that a Justice Online player spent £1.08 million on their character and then leant it to a friend.

However, what actually happened next was that the extorting ex-friend actually put the million Pound character up for sale on NetEase’s in-game marketplace for 3,888 yuan. Yep, that’s only £430.

Why? He now blames exhaustion as a result of an all-night gaming session. A deadly single-digit typo.

Needless to say, someone noticed and snatched up the bargain character.

The original Justice Online player started legal action and, as a result, a judge mediated the whole thing online and without courtroom drama. That’s the sensible part of the story.

The NetEase transaction was cancelled. The original player was given his character back, and the ex-friend was ordered to pay 90,000 yuan (about £9,500) to the player who snapped up the bargain character for the inconvenience and drama that resulted in.

Is Justice Online worth spending a million squid on? I found a recent-ish trailer. 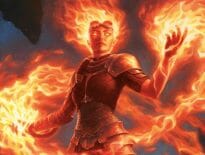 Books 1-star reviews and an apology from Wizards of the …