Here in the Irregular Reconnaissance column, you’ll find a compilation of anime mini-reviews.

We summarise updates of episodic anime shows, so you know, at a glance, whether to invest any time into it or not.

Have you been watching any anime that you think deserves mention? Found something good? Suffered through something well below average or have you had to hit the escape button and tune into a different show entirely? Join the scouting team and share your own reviews in the comments below.

The goal is to get the final say on the latest episode batches – and that’s latest to you; not necessarily what’s just premiered – down to a single sentence or even word summary. It’s entirely possible to give a whole show a rating of “meh”. It’s a powerful word. It speaks the truth.

Kabaneri of the Iron Fortress: The Battle of Unato

I liked the original Kabaneri of the Iron Fortress and would sum it up as zombie version of a steampunk Attack on Titan except without as many wobbles. Those wobbles, of course, come after Attack on Titan season 1. In Kabaneri of the Iron Fortress’s case, it’s not entirely free from problems, and I felt the ending didn’t quite match the solid early episodes.

Lots of action. Lots of drama. Nicely mixed together. This one is worth a watch, but don’t tuck it in one late night. Give it your attention.

Kakegurui is strange but very successful. We’ve young adults about to leave school and enter real life except their school is a horrible gambling den of the elite where future success is determined.

The heroes and villains are both addicted to the thrill of gambling and, it seems, quite insane. I think the heroes are only heroes because they (so far) have a live-and-let-live mentality, whereas the villains are malicious meddlers.

These last episodes are still good despite pushing the believability of the whole situation even further into the incredible scale. Imagine someone having an entire tower built on school grounds, on a whim, just in case they get the chance to gambling with someone betting the can escape it.

Weirdly, I think Kakegurui works well because the gambling scenarios are so carefully designed and the characters so weirdly focused.

There’s a group of people led by a monocled man in a military uniform who are trying to hunt and kill vampires. The vampires, which are capable of transforming into bat-like demons, prefer to keep to the shadows and rule over mankind.

The anime is set in… oh, a 30s era aesthetic and we’ve black Model T style cars trundling around. This could be Europe during a war, and I sense the military situation will come into focus later on.

Right now, in the first three episodes, we’re following Yuriy who seems to be both the lead fighter of the anti-vampire group and a liability given his lack of control. There’s the solid hint that there’s something supernatural about him, but we’re yet to see that absolutely confirmed beyond some intense eye-action.

Sirius the Jaeger has my attention, and even if the twist is that it’s a werewolf survivor vs vampire overlords story, I don’t plan on switching it off.

How Not to Summon a Demon Lord

The fan service corrupts and derails this fantasy about a guy who finds himself dragged into a computer game. Would it work without the dubious fan service? I’m not sure, I think the fan service is the reason the show exists, and it was part of the pitch from the studio.

Our demon lord isn’t hugely likeable, but I suppose might be relatable to particular teenagers. The supporting characters are better.

There are a few twists towards the end of the series that give the show some pep, but they’re foreshadowed and therefore not as dramatically surprising as they could have been.

Meh, unless you’ve got plenty of time spare on your anime schedule, you can do better than this one.

Status: Below average.
Where: Crunchyroll

We’ve a group of young adults investigating the occult and, in particular, an actual mystery crime in which hundreds of people somehow ended up drowned in the same lake.

This is the third time Occultic;Nine has appeared in an Irregular Reconnaissance summary because I’ve never been able to watch much of the show in one sitting. The dialogue sometimes comes at you like machine-gun fire, and the ever-expanding cast of characters charge around all over the place without much focus.

Some of that now makes sense and while the twist is relatively nice… it’s not enough. The idea is great. The execution lets the plot down, and it feels so wasteful. It’s frustrating.

I think Occultic;Nine scrapes into the ‘good’ recommendation category by the very skin of its teeth, but it’s overshadowed by that unfilled potential.

Status: Good have been better.
Where: Crunchyroll 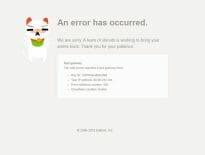