Ridley Scott’s Blade Runner was set in the dark and dangerous future – 2019.

We’ve now caught up and (as far as I know) we don’t have replicants try to hide in the crowds of humanity. But, we do have Titan Comics’ Blade Runner 2019, vol 1 authored by Michael Green and Mike Johnson, illustrated by Andres Guinaldo.

Geek Native has reviewed the first two of the comics that make up this volume. For the opening title, I asked are we the baddies?. After all, it’s not hard to emphasise with the replicants. In the next, shorter, review I noted that Blade Runner 2019 #2 reveals while our Blade Runner character was so grim.

It’s not surprising to discover that I like the whole volume. What’s a bit odd is that the collection feels better once it’s been put together. For example, issue 2 ends with a sky car exploding, but when you’re flicking through the compilation volume, the very next scene shows the remains of the sky car hurtling towards the city. The tempo is different, it’s better.

I think this collection of Blade Runner 2019 is about choices. What choices would you confront when it came to staying alive or keeping someone else alive? Could you make the hard choices? How far would you go for someone else?

“Whoever fights monsters should see to it that in the process he does not become a monster. And if you gaze long enough into an abyss, the abyss will gaze back into you.” – Nietzsche

Perhaps you would fight to stay alive? You would fight to have a life. I’m reminded of that iconic quote from Nietzsche which warns that whoever fights monsters is at risk of becoming a monster themselves. I think that’s a common theme in Blade Runner and it’s here in spades.

If you’re forced to fight monsters, then it’s understandable if you become tarnished yourself. But what about those people who become horrors despite being born into privilege and luxury? How much worse are they? Incalculably more.

That’s where Blade Runner 2019 differs from some other stories in its dark future. There’s less about the corporate greed that drives humanity down a dangerous path, and there’s more about the personal demons that can be just as devastating.

There’s also explosions, detective work, fights and drama. Don’t get me wrong. Blade Runner 2019 is an action story. This isn’t a high brow philosophy lecture. Come into this title with your expectations firmly anchored in the grime of cyberpunk street life and not. Don’t expect space battles or, as one review on Amazon demands, Blade Runner Ash to ooze sex appeal. There’s none of that, and rightly so.

I think Blade Runner 2019 is a solid series to be following. If you’re both a comic book fan and a cyberpunk, then I imagine the question is whether you get each issue as and when they come out or wait for the volumes to bundle them together.

Overall? Absolutely worth your time.

My copy of Blade Runner 2019, vol 1 was provided for review. The volume is available in stores today and immediately via Kindle.

The choices we make: A review of Blade Runner 2019 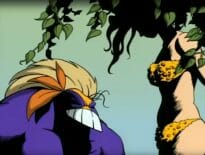 TV The Maxx is being adapted for the screen by Channi… 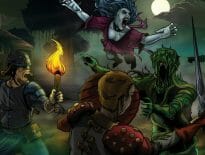